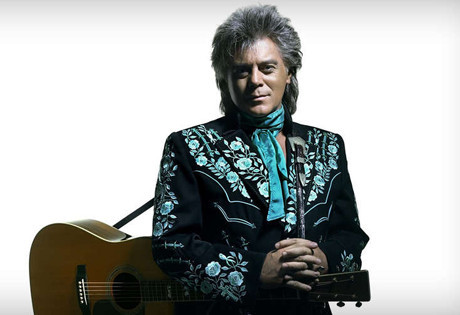 Start by filling out our no-obligation entertainment request form to check pricing and availability for Marty Stuart or whoever else you may want.

Our Marty Stuart agent will be happy to help you get Marty Stuart's availability and booking fee, or the price and availability for any other A-List entertainer, band, comedian or celebrity you may want for your corporate event, private party, wedding, birthday party or public show.

Marty Stuart was born in 1958 in Mississippi. A musical prodigy as a young child, Marty began playing the mandolin and guitar with such proficiency that before he was a teenager, he was already performing in a bluegrass band. Stuart eventually joined the band Lester Flatt, performing with them well into the late 1970’s, and then joined Johnny Cash’s band in 1980. Around the same time he joined up with Cash, Marty Stuart released a solo album, With a Little Help From My Friends, and followed up with Busy Bee Café in 1982. Although neither album garnered Stuart much recognition as a solo artist, he signed with Columbia Records in 1985 and released a self-titled album as his debut on the label.

Marty Stuart continues to record and perform, but he can also be seen on the Marty Stuart Show, a series of thirty-minute episodes, which airs on cable’s RFD-TV. In addition, Stuart was inducted into the Grand Ole Opry in 1992 and served as president of the Country Music Foundation.

For more information on booking Marty Stuart, please contact Booking Entertainment. One of our top booking agents will be happy to work on your behalf to get you the best possible price to book any big name entertainer for your upcoming public, private or corporate event worldwide.

Booking Entertainment works to get the best possible Marty Stuart booking fee and Marty Stuart price for our clients while also providing the celebrity or famous entertainer with the level of professionalism and industry norms that they expect from an event run by a professional booking agency and production management.

Booking Entertainment uses our agency / management relationships and over 25 years of production experience to help buyers of headline / top name entertainers and does not claim or represent itself as the exclusive Marty Stuart agent, manager or management company for any of the artists on our site.

Booking Entertainment does not claim or represent itself as the exclusive booking agency, business manager, publicist, speakers bureau or management for Marty Stuart or any artists or celebrities on this website.