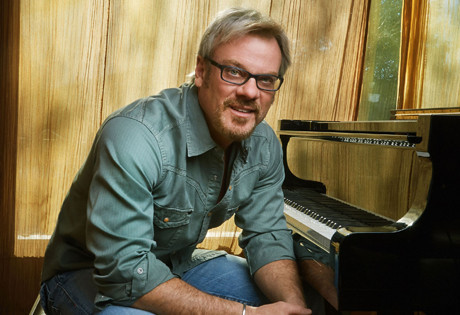 Start by filling out our no-obligation entertainment request form to check pricing and availability for Phil Vassar or whoever else you may want.

Our Phil Vassar agent will be happy to help you get Phil Vassar's availability and booking fee, or the price and availability for any other A-List entertainer, band, comedian or celebrity you may want for your corporate event, private party, wedding, birthday party or public show.

Country music artist Phil Vassar was born in 1964 in Lynchburg, Virginia. Before launching a solo career as a performer, Vassar was among the most talented songwriters in Nashville in the 1990’s. A staggering number of high-profile performers recorded his songs, including: Collin Raye, Tim McGraw, Blackhawk, and Neal McCoy. In 1999, Phil was awarded ASCAP’s Songwriter of the Year Award, but he felt it was time to pursue a career as an artist in his own right.

Phil Vassar signed to Arista Nashville in 1999, and released “Carlene,” his debut single, which rose to the top of the country charts, peaking at number five. Vassar’s self-titled debut also spawned the hit “Just Another Day in Paradise” becoming Phil’s first number one single as a solo artist, and the album also produced the songs “That’s When I Love You,” “Six-Pack Summer,” and “Rose Bouquet,” all of which reached into the top twenty on the country charts. Since that time, Phil Vassar has released the albums:  American Child (2002), Shaken Not Stirred (2004), Greatest Hits, Vol. 1 (2006), Prayer of a Common Man (2008), and Traveling Circus (2009.) The albums have given audiences the additional top twenty hits: “American Child,” “This is God,” “In a Real Love,” “I’ll Take That as a Yes (The Hot Tub Song),” “Last Day of My Life,” and “Love is a Beautiful Thing.”

In 2006, Phil Vassar left Arista to sign with Universal South Records. Vassar continues to perform and record, and is currently working on plans for his next studio album release.

For more information on booking Phil Vassar, please contact Booking Entertainment. One of our top booking agents will be happy to work on your behalf to get you the best possible price to book any big name entertainer for your upcoming public, private or corporate event worldwide.

Booking Entertainment works to get the best possible Phil Vassar booking fee and Phil Vassar price for our clients while also providing the celebrity or famous entertainer with the level of professionalism and industry norms that they expect from an event run by a professional booking agency and production management.

Booking Entertainment uses our agency / management relationships and over 25 years of production experience to help buyers of headline / top name entertainers and does not claim or represent itself as the exclusive Phil Vassar agent, manager or management company for any of the artists on our site.

Booking Entertainment does not claim or represent itself as the exclusive booking agency, business manager, publicist, speakers bureau or management for Phil Vassar or any artists or celebrities on this website.