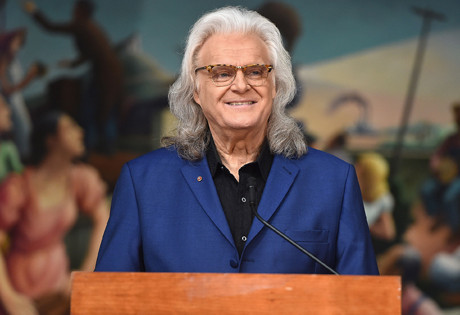 Start by filling out our no-obligation entertainment request form to check pricing and availability for Ricky Scaggs or whoever else you may want.

Our Ricky Scaggs agent will be happy to help you get Ricky Scaggs's availability and booking fee, or the price and availability for any other A-List entertainer, band, comedian or celebrity you may want for your corporate event, private party, wedding, birthday party or public show.

Ricky Skaggs was born in 1954 in Cordell, Kentucky. A gift of a mandolin from his father when he was only five launched a life-long devotion to bluegrass and country music. Within only a few years, young Ricky began performing whenever possible, and by the time he was a teenager, he’d started his own band with a close friend of his who played the guitar. His debut album, That’s It, was released in 1975, followed by Sweet Temptation in 1979, and it wasn’t long before Skaggs was cranking out country hit after hit on dozens of albums that followed.

For his achievements in music, Ricky Skaggs has been awarded a staggering number of Grammys, including awards for Best Country Instrumental Performance (1983, 1984, and 1985), Best Country Vocal Collaboration (1991), Best Bluegrass Album (1999, 2000, 2004, 2006, and 2009), Best Country Collaboration with Vocals (1998), and Best Country Performance by a Duo or Group with Vocal (2003.) He has also earned seven Country Music Association Awards, and more than ten International Bluegrass Music Association Awards. Billboard magazine has recognized Skaggs as Artist of the Year and Musician Magazine ranks him among the top 100 Guitarists of the Century.

Recently, Ricky Skaggs has joined forces with a number of musicians in the new millennium, performing alongside Phish, Bruce Hornsby, The Whites, Ashley Monroe, and the Brock McGuire Band. His most recent album releases, Mosaic (2010) and Country Hits Bluegrass Style (2011), have been critically acclaimed. Skaggs continues to write, perform, record, and tour.

For more information on booking Ricky Scaggs, please contact Booking Entertainment. One of our top booking agents will be happy to work on your behalf to get you the best possible price to book any big name entertainer for your upcoming public, private or corporate event worldwide.

Booking Entertainment works to get the best possible Ricky Scaggs booking fee and Ricky Scaggs price for our clients while also providing the celebrity or famous entertainer with the level of professionalism and industry norms that they expect from an event run by a professional booking agency and production management.

Booking Entertainment uses our agency / management relationships and over 25 years of production experience to help buyers of headline / top name entertainers and does not claim or represent itself as the exclusive Ricky Scaggs agent, manager or management company for any of the artists on our site.

Booking Entertainment does not claim or represent itself as the exclusive booking agency, business manager, publicist, speakers bureau or management for Ricky Scaggs or any artists or celebrities on this website.