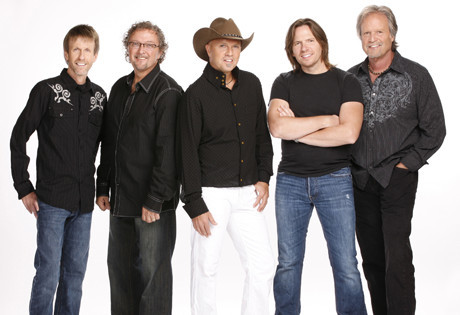 Start by filling out our no-obligation entertainment request form to check pricing and availability for Sawyer Brown or whoever else you may want.

Our Sawyer Brown agent will be happy to help you get Sawyer Brown's availability and booking fee, or the price and availability for any other A-List entertainer, band, comedian or celebrity you may want for your corporate event, private party, wedding, birthday party or public show.

Sawyer Brown was founded in the early 1980’s in Apopka, Florida, when members Mark Miller, Bobby Randall, Joe Smyth, Jim Scholten, and Gregg Hubbard came together to establish the country music band. Originally naming themselves “Savanna,” they opted instead for Sawyer Brown, a tribute to a nearby location in town where they would often practice. Sawyer Brown performed locally nearly every night of the week, perfecting their sound, until they finally auditioned for Star Search in 1983.

In total, Sawyer Brown has given audiences twenty albums and three number one country songs. The band has been recognized with a Country Music Association Award (Horizon Award, 1985) and an Academy of Country Music Award (Vocal Group of the Year, 1997.) Sawyer Brown continues to perform and record, and most recently released Travelin’ Band (2011.)

For more information on booking Sawyer Brown, please contact Booking Entertainment. One of our top booking agents will be happy to work on your behalf to get you the best possible price to book any big name entertainer for your upcoming public, private or corporate event worldwide.

Booking Entertainment works to get the best possible Sawyer Brown booking fee and Sawyer Brown price for our clients while also providing the celebrity or famous entertainer with the level of professionalism and industry norms that they expect from an event run by a professional booking agency and production management.

Booking Entertainment uses our agency / management relationships and over 25 years of production experience to help buyers of headline / top name entertainers and does not claim or represent itself as the exclusive Sawyer Brown agent, manager or management company for any of the artists on our site.

Booking Entertainment does not claim or represent itself as the exclusive booking agency, business manager, publicist, speakers bureau or management for Sawyer Brown or any artists or celebrities on this website.