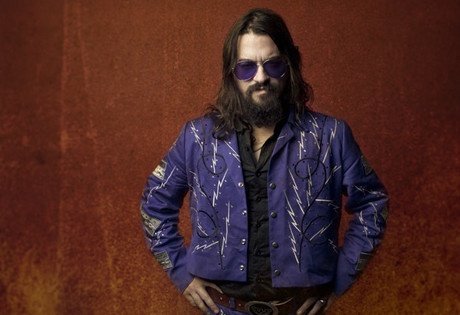 Start by filling out our no-obligation entertainment request form to check pricing and availability for Shooter Jennings or whoever else you may want.

Our Shooter Jennings agent will be happy to help you get Shooter Jennings's availability and booking fee, or the price and availability for any other A-List entertainer, band, comedian or celebrity you may want for your corporate event, private party, wedding, birthday party or public show.

Shooter Jennings was born in 1979 to his famous father, Waylon Jennings, in Arizona. To say that music was an early influence on Shooter’s life is an understatement; in fact, his earliest years were spent on his father’s tour bus, surrounded by country music superstars. Shooter’s first instrument was the drums, followed by piano and then guitar, and by the time he was in high school, Shooter had established his own band. Shortly after the new millennium, Jennings made the journey to California, to try and establish a career for himself in Los Angeles.

Shooter formed the band Stargunn, and although the band never signed to a record deal, in its three years of existence it earned praise from the critics and a strong following, helping to bolster recognition for Jennings. As soon as the band dissolved, Shooter set his sights on the country genre, and signed his first deal as a country music artist in 2005. Put the “O” Back in Country, his debut, was released later that same year, followed by the albums: Electric Rodeo (2006), The Wolf (2007), Black Ribbons (2011), and Family Man (2012), the latter of which became Jenning’s first self-produced album and a strong return to his country roots. Although none of the albums spawned hit singles, Shooter’s song “Busted in Baylor County” can be heard in the film The Dukes of Hazzard. Shooter Jennings has also appeared on the big screen, portraying his father in the film Walk the Line.

Most recently, Shooter Jennings released the album The Other Life (2013), and he has plans for future performances and additional albums and other music projects.

For more information on booking Shooter Jennings, please contact Booking Entertainment. One of our top booking agents will be happy to work on your behalf to get you the best possible price to book any big name entertainer for your upcoming public, private or corporate event worldwide.

Booking Entertainment works to get the best possible Shooter Jennings booking fee and Shooter Jennings price for our clients while also providing the celebrity or famous entertainer with the level of professionalism and industry norms that they expect from an event run by a professional booking agency and production management.

Booking Entertainment uses our agency / management relationships and over 25 years of production experience to help buyers of headline / top name entertainers and does not claim or represent itself as the exclusive Shooter Jennings agent, manager or management company for any of the artists on our site.

Booking Entertainment does not claim or represent itself as the exclusive booking agency, business manager, publicist, speakers bureau or management for Shooter Jennings or any artists or celebrities on this website.