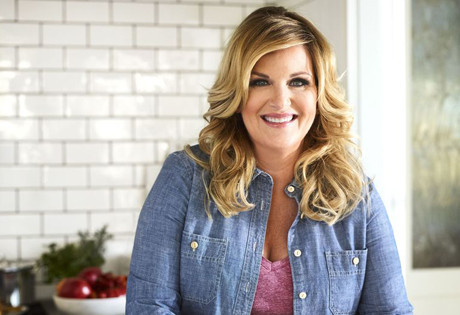 Start by filling out our no-obligation entertainment request form to check pricing and availability for Trisha Yearwood or whoever else you may want.

Our Trisha Yearwood agent will be happy to help you get Trisha Yearwood's availability and booking fee, or the price and availability for any other A-List entertainer, band, comedian or celebrity you may want for your corporate event, private party, wedding, birthday party or public show.

Trisha Yearwood was born in 1964 in Georgia and grew up listening to the  music of such notable country artists as Hank Williams and Patsy Cline. Under this influence, young Trisha began singing while still in elementary school, performing at her local church and in talent shows. Although she initially entered college with aspirations to become an accountant, Trisha switched her studies to the field of music business, and upon graduating found herself working as an intern at a major record label. While there, Yearwood took advantage of her connections in the business to record and distribute her demo tapes, which led to a gig singing backup for Garth Brooks.

Brooks was so taken by Trisha’s talents that he helped her garner her first recording contract with MCA Nashville and shortly after her signing, brought her on board as his tour’s opening act. With Brooks’s support, Trisha Yearwood’s debut album, titled Trisha Yearwood, arrived in 1991 and spawned the number one country hit “She’s in Love with the Boy.” Three additional top ten hits came from the album as well: "Like We Never Had a Broken Heart" (co-written by Garth Brooks), "That's What I Like About You,” and "The Woman Before Me,” bringing the album to multi-platinum status and instantly catapulting Trisha to stardom. Yearwood’s sophomore effort, Hearts in Armor, garnered her not only the same level of commercial success, but critical accolades as well.

Since then, Trisha Yearwood has given audiences a series of hit albums, which spawned multiple top ten country hits, including: “Wrong Side of Memphis,” “The Song Remembers When,” “XXXs and OOOs (An American Girl),” “Thinkin’ About You,” “I Wanna Go Too Far,” “Believe Me Baby (I Lied),” “Everybody Knows,” “How Do I Live,” “In Another’s Eyes,” “Perfect Love,” “There Goes My Baby,” and “I Would’ve Loved You Anyway.” Her music has garnered Trisha multiple awards, including two Academy of Country Music Awards (for Top Female Vocalist and Top New Female Vocalist); three Country Music Association Awards (for Female Vocalist of the Year and Album of the Year); three Grammys (for Best Country Collaboration with Vocals, twice, and for Best Female Country Vocal Performance); and an American Music Award for Favorite New Country Music Artist.

In addition to her work in music, Trisha Yearwood has also ventured into the culinary arts, releasing her cookbook, Georgia Cooking in an Oklahoma Kitchen, in 2008. Another book, Home Cooking with Trisha Yearwood, was released in 2010. Yearwood and her husband, Garth Brooks, also contribute much of their time to a number of charities, including the Make a Wish Foundation, Habitat for Humanity, and a variety of Hurricane relief organizations.

For more information on booking Trisha Yearwood, please contact Booking Entertainment. One of our top booking agents will be happy to work on your behalf to get you the best possible price to book any big name entertainer for your upcoming public, private or corporate event worldwide.

Booking Entertainment works to get the best possible Trisha Yearwood booking fee and Trisha Yearwood price for our clients while also providing the celebrity or famous entertainer with the level of professionalism and industry norms that they expect from an event run by a professional booking agency and production management.

Booking Entertainment uses our agency / management relationships and over 25 years of production experience to help buyers of headline / top name entertainers and does not claim or represent itself as the exclusive Trisha Yearwood agent, manager or management company for any of the artists on our site.

Booking Entertainment does not claim or represent itself as the exclusive booking agency, business manager, publicist, speakers bureau or management for Trisha Yearwood or any artists or celebrities on this website.