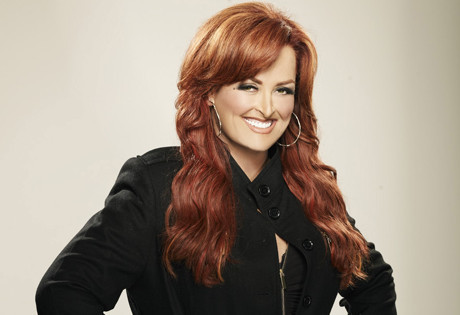 Start by filling out our no-obligation entertainment request form to check pricing and availability for Wynonna Judd or whoever else you may want.

Our Wynonna Judd agent will be happy to help you get Wynonna Judd's availability and booking fee, or the price and availability for any other A-List entertainer, band, comedian or celebrity you may want for your corporate event, private party, wedding, birthday party or public show.

Wynonna Judd was born in 1964 in Kentucky. Young Wynonna great up listening to country music and began studying guitar when she was still a child. In the late 1970’s, the Judd family moved to Nashville to pursue a career as country music performers, and Wynonna and her mother Naomi garnered a recording contract as a duo, the Judds, in 1983. For the next decade, Wynonna would record with her mother as the Judds, together charting more than twenty songs on the country charts and becoming a country music sensation.  The Judds earned innumerous recognitions and awards, including nine Country Music Association Awards and five Grammys. After the Judds disbanded in 1991, Wynonna signed on with MCA Records and continued her career as a solo artist.

Wynonna’s debut single, “She is His Only Need,” went straight to the number one spot on the charts and buoyed the success of her debut album, Wynonna. The album’s follow-up songs, “No One Else on Earth,” “My Strongest Weakness,” and “I Saw the Light” were equally successful, the latter rising to become the number one country song of the year in 1992. Wynonna eventually reached multi-platinum status, selling more than five million copies, and spawned a series of highly successful albums from Wynonna: Tell Me Why (1993), Revelations (1996), The Other Side (1997), New Day Dawning (2000), What the World Needs Now is Love (2003), and Sing: Chapter 1 (2009.) The albums spawned the additional top forty hits: “Tell Me Why,” “Only Love,” “Is It Over Yet,” “Rock Bottom,” “Girls with Guitars,” “To Be Loved by You,” “Heaven Help My Heart,” “When Love Starts Talkin’,” “Come Some Rainy Day,” and “What the World Needs.”

In recent years, Wynonna reunited with her mom Naomi for a Judds reunion tour, and as a duo they released new material. The mother and daughter team have also spoken publicly about their struggles with health issues, weight issues, and their own personal relationship in recent years. Wynonna Judd continues to perform and record both alongside her mother and also as a solo artist.

For more information on booking Wynonna Judd, please contact Booking Entertainment. One of our top booking agents will be happy to work on your behalf to get you the best possible price to book any big name entertainer for your upcoming public, private or corporate event worldwide.

Booking Entertainment works to get the best possible Wynonna Judd booking fee and Wynonna Judd price for our clients while also providing the celebrity or famous entertainer with the level of professionalism and industry norms that they expect from an event run by a professional booking agency and production management.

Booking Entertainment uses our agency / management relationships and over 25 years of production experience to help buyers of headline / top name entertainers and does not claim or represent itself as the exclusive Wynonna Judd agent, manager or management company for any of the artists on our site.

Booking Entertainment does not claim or represent itself as the exclusive booking agency, business manager, publicist, speakers bureau or management for Wynonna Judd or any artists or celebrities on this website.