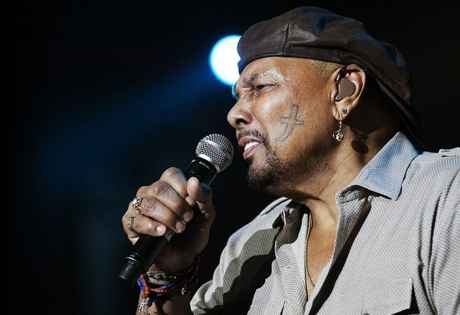 Start by filling out our no-obligation entertainment request form to check pricing and availability for Aaron Neville or whoever else you may want.

Our Aaron Neville agent will be happy to help you get Aaron Neville's availability and booking fee, or the price and availability for any other A-List entertainer, band, comedian or celebrity you may want for your corporate event, private party, wedding, birthday party or public show.

Aaron Neville is an American songwriter and entertainer born in 1941. The New Orleans native grew up in a musically involved family, and he would begin his music career professional at the age of nineteen. Neville would first see success with the release of his 1966 breakout single "Tell It Like It Is," which garnered success in terms of sales and in terms of the chart.

Aaron Neville would release his first album that same year, but he would go on an over two decade hiatus from new music after 1967. When he returned in 1986, he quickly got to work and earned multiple Grammy nominations for his work with musician Linda Ronstadt by the end of the decade. Neville’s breakout project, 1991’s Warm Your Heart, would cement his name as one of soul music’s most notable, and he continued to have a career for three decades after the fact.

Aaron Neville had 8 albums chart on the Billboard 200, one of which earned a Gold certification from the RIAA and three more received a Platinum certification from the RIAA. His breakout single "Tell It Like It Is" peaked at #2 on the Billboard Hot 100 chart, and he had 10 other songs crack the chart over his career. Neville has been featured in several major publications including Rolling Stone, CMT, Billboard, and The Los Angeles Times, among others.

Aaron Neville announced his retirement in 2021, but said he is still open to recording new material and performing on special occasions for the right crowd and performance.

For more information on booking Aaron Neville, please contact Booking Entertainment. One of our top booking agents will be happy to work on your behalf to get you the best possible price to book any big name entertainer for your upcoming public, private or corporate event worldwide.

Booking Entertainment works to get the best possible Aaron Neville booking fee and Aaron Neville price for our clients while also providing the celebrity or famous entertainer with the level of professionalism and industry norms that they expect from an event run by a professional booking agency and production management.

Booking Entertainment uses our agency / management relationships and over 25 years of production experience to help buyers of headline / top name entertainers and does not claim or represent itself as the exclusive Aaron Neville agent, manager or management company for any of the artists on our site.

Booking Entertainment does not claim or represent itself as the exclusive booking agency, business manager, publicist, speakers bureau or management for Aaron Neville or any artists or celebrities on this website.