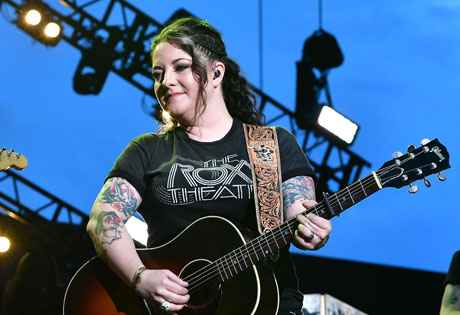 Start by filling out our no-obligation entertainment request form to check pricing and availability for Ashley McBryde or whoever else you may want.

Our Ashley McBryde agent will be happy to help you get Ashley McBryde's availability and booking fee, or the price and availability for any other A-List entertainer, band, comedian or celebrity you may want for your corporate event, private party, wedding, birthday party or public show.

American country music singer Ashley McBryde was born in 1983 in Arkansas. Ashley spent her formative years growing up in Mammoth Spring, where she learned to play her father’s guitar and began writing her own music as a teenager. While in college, McBryde self-released her first album, just before moving to Nashville to pursue a career as a performer full-time.

McBryde began to garner attention after winning the Country Showdown two years in a row, in 2009 and 2010. A Southern US tour followed, but it was the EP Jalopies & Expensive Guitars, released in 2016, which brought her talents to the intention of record labels and other artists, such as Eric Church, who invited Ashley to perform alongside him at one of his concerts.

Shortly after the performance, Ashley McBryde’s signed with Warner Music Nashville and entered the studio to prepare for her debut album. Before its release, the single

Ashley McBryde recently wrapped production on her next studio album, slated for a 2020 release. The first single off the album, “One Night Standards,” arrived in September of 2019. McBryde also recently received her first Grammy nomination, for Best Country Album.

For more information on booking Ashley McBryde, please contact Booking Entertainment. One of our top booking agents will be happy to work on your behalf to get you the best possible price to book any big name entertainer for your upcoming public, private or corporate event worldwide.

Booking Entertainment works to get the best possible Ashley McBryde booking fee and Ashley McBryde price for our clients while also providing the celebrity or famous entertainer with the level of professionalism and industry norms that they expect from an event run by a professional booking agency and production management.

Booking Entertainment uses our agency / management relationships and over 25 years of production experience to help buyers of headline / top name entertainers and does not claim or represent itself as the exclusive Ashley McBryde agent, manager or management company for any of the artists on our site.

Booking Entertainment does not claim or represent itself as the exclusive booking agency, business manager, publicist, speakers bureau or management for Ashley McBryde or any artists or celebrities on this website.