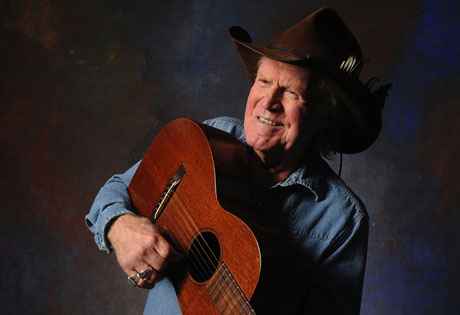 Start by filling out our no-obligation entertainment request form to check pricing and availability for Billy Joe Shaver or whoever else you may want.

Our Billy Joe Shaver agent will be happy to help you get Billy Joe Shaver's availability and booking fee, or the price and availability for any other A-List entertainer, band, comedian or celebrity you may want for your corporate event, private party, wedding, birthday party or public show.

Country music singer Billy Joe Shaver was born in 1939 in Texas. Shaver grew up in Corsicana, raised by a single mother and his grandmother. Billy Joe’s mom used to sometimes bring him with her on her night job, which was at a local nightclub. It was there that Billy Joe fell in love with country music, although it would be later in life that he would find success as an entertainer.

With few professional prospects in his town, Billy Joe joined the United States Navy when he turned seventeen and completed a tour of duty. After discharging from the military, Shaver took up a bunch of dead-end jobs, trying to make ends meet and support his new wife and son. The marriage didn’t last either, though, and to make matters even worse, Billy Joe suffered a serious injury one day on his job at a lumber mill, ultimately losing two of his fingers.

Few would imagine that this is where Shaver’s destiny would turn, but it did. He taught himself to play guitar without those fingers and—against all odds—set out for Nashville to try to make his name in the music business. A few gigs as a songwriter eventually garnered him some attention from Waylon Jennings, who used multiple songs by Billy Joe on his album Honky Tonk Heroes. Next came writing gigs for Kris Kristofferson and Elvis Presley, and the rest—as they say—is history.

Billy Joe Shaver went on to become one of country music’s most notable “outlaw country” performers. His debut album, Old five and Dimers Like Me, arrived in 1973 and set the stage for a series of other albums which have since gone on to become classics, such as: When I Get My Wings (1976), Gypsy Boy (1977), Tramp on Your Street (1993), and the Grammy-nominated country gospel album Everybody’s Brother (2007.) Shaver’s music has also been featured in a number of films, including Crazy Heart, in which his song “Live Forever” was performed.

With a career more than four decades long at this point, Billy Joe Shaver is still going strong, still performing and recording regularly. In 2004, the documentary A Portrait of Billy Joe, which explores his life and career, was released. A few years later, Billy Joe co-starred in the television movie Bait Shop, alongside Bill Engvall and Billy Ray Cyrus. Most recently, Billy Joe’s album Long in the Tooth (2014) became his first to reach into the top ten on the Billboard Top Country Albums chart.

For more information on booking Billy Joe Shaver, please contact Booking Entertainment. One of our top booking agents will be happy to work on your behalf to get you the best possible price to book any big name entertainer for your upcoming public, private or corporate event worldwide.

Booking Entertainment works to get the best possible Billy Joe Shaver booking fee and Billy Joe Shaver price for our clients while also providing the celebrity or famous entertainer with the level of professionalism and industry norms that they expect from an event run by a professional booking agency and production management.

Booking Entertainment uses our agency / management relationships and over 25 years of production experience to help buyers of headline / top name entertainers and does not claim or represent itself as the exclusive Billy Joe Shaver agent, manager or management company for any of the artists on our site.

Booking Entertainment does not claim or represent itself as the exclusive booking agency, business manager, publicist, speakers bureau or management for Billy Joe Shaver or any artists or celebrities on this website.