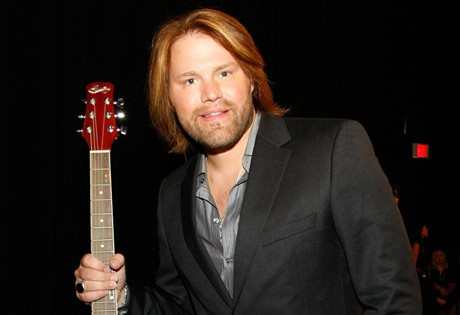 Start by filling out our no-obligation entertainment request form to check pricing and availability for James Otto or whoever else you may want.

Our James Otto agent will be happy to help you get James Otto's availability and booking fee, or the price and availability for any other A-List entertainer, band, comedian or celebrity you may want for your corporate event, private party, wedding, birthday party or public show.

James Otto was born in 1973 in Washington. Otto’s exposure to music began early, when he picked up the sax and violin while still in elementary school. Guitar came next, and by the time he was in high school, he was perfecting the instrument and performing around town. After serving two years in the United States Navy, Otto moved to Nashville, where he began to pursue his aspirations for a music career more seriously.

Within three years, James Otto had joined the MuzikMafia, a songwriters group, and in 2002 he signed his first record deal with Mercury Nashville Records. His debut singles (“The Ball,” “Long Way Down,” and “Days of Our Lives”) were released just prior to his debut album, Days of Our Lives, which arrived in 2003. The singles and albums performed reasonably well, but Otto found himself released from Mercury and instead reached out to his fellow MuzikMafia members, which included such notable stars as Gretchen Wilson and Cowboy Troy. Otto spent a few years working with his fellow musicians before signing with Warner Bros. Records in 2007. The switch to Warner Bros. proved fortuitous, and his next album, Sunset Man, peaked at number two on the country charts. The album’s debut single, “Just Got Started Lovin’ You,” also rose to the number one spot, bringing James Otto into the forefront of country music.

Since that time, James Otto has released a third studio album, Shake What God Gave Ya, and placed a number of other singles in the top 40 of the country charts, including: “These Are the Good Ole Days,” “Since You Brought It Up,” “Groovy Little Summer Song,” and “Soldiers & Jesus.” Otto continues to perform and record, and is currently planning for his next studio release.

For more information on booking James Otto, please contact Booking Entertainment. One of our top booking agents will be happy to work on your behalf to get you the best possible price to book any big name entertainer for your upcoming public, private or corporate event worldwide.

Booking Entertainment works to get the best possible James Otto booking fee and James Otto price for our clients while also providing the celebrity or famous entertainer with the level of professionalism and industry norms that they expect from an event run by a professional booking agency and production management.

Booking Entertainment uses our agency / management relationships and over 25 years of production experience to help buyers of headline / top name entertainers and does not claim or represent itself as the exclusive James Otto agent, manager or management company for any of the artists on our site.

Booking Entertainment does not claim or represent itself as the exclusive booking agency, business manager, publicist, speakers bureau or management for James Otto or any artists or celebrities on this website.