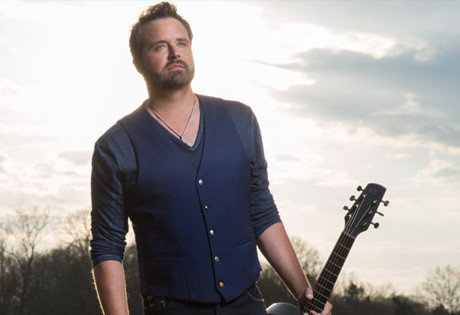 Start by filling out our no-obligation entertainment request form to check pricing and availability for Randy Houser or whoever else you may want.

Our Randy Houser agent will be happy to help you get Randy Houser's availability and booking fee, or the price and availability for any other A-List entertainer, band, comedian or celebrity you may want for your corporate event, private party, wedding, birthday party or public show.

Country music star Randy Houser was born in 1975 in Mississippi, to a father who was already a professional musician. Young Houser grew up under the influence of his talents, and so it was no surprise that by the age of thirteen he’d started his first band. Randy moved to Nashville in 2002 and launched a career as a songwriter, penning works with such notable artists as Jamey Johnson and providing music for superstars such as Trace Adkins.

By 2008, Randy Houser had garnered the attention of record labels for his own recording career, and he signed with Universal South Records. Houser’s debut single, “Anything Goes,” was released shortly thereafter and rose to the top of the charts quickly. Randy’s debut album of the same name followed, performing equally well, earning Houser not only commercial success but critical acclaim, including a CMA nomination for New Artist of the Year.

Since then, Randy Houser has released the albums They Call Me Cadillac (2010) and How Country Feels (2013), featuring the songs  “I’m All About It,’ “A Man Like Me,” “In God’s Time,” “How Country Feels,” and “Runnin’ Outta Moonlight.” Houser’s star is definitely on the rise, with an Academy of Country Music nomination for Top New solo Artist and multiple nominations from a variety of industry awards for his videos. Randy Houser performs regularly, and is currently planning to return to the studio for his next album release in the coming years.

For more information on booking Randy Houser, please contact Booking Entertainment. One of our top booking agents will be happy to work on your behalf to get you the best possible price to book any big name entertainer for your upcoming public, private or corporate event worldwide.

Booking Entertainment works to get the best possible Randy Houser booking fee and Randy Houser price for our clients while also providing the celebrity or famous entertainer with the level of professionalism and industry norms that they expect from an event run by a professional booking agency and production management.

Booking Entertainment uses our agency / management relationships and over 25 years of production experience to help buyers of headline / top name entertainers and does not claim or represent itself as the exclusive Randy Houser agent, manager or management company for any of the artists on our site.

Booking Entertainment does not claim or represent itself as the exclusive booking agency, business manager, publicist, speakers bureau or management for Randy Houser or any artists or celebrities on this website.