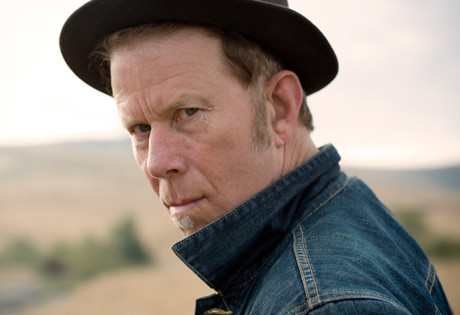 Start by filling out our no-obligation entertainment request form to check pricing and availability for Tom Waits or whoever else you may want.

Our Tom Waits agent will be happy to help you get Tom Waits's availability and booking fee, or the price and availability for any other A-List entertainer, band, comedian or celebrity you may want for your corporate event, private party, wedding, birthday party or public show.

Tom Waits was born in 1949 in Pomona, California, and grew up in San Diego. He began playing music while still in high school, performing in a local R&B band, and after high school he began frequenting Los Angeles venue, The Troubadour, joining other musicians in a quest to appear onstage for the night’s performances. By the time he was in his early twenties, Waits had recorded a number of demo tapes that eventually garnered the attention of Asylum Records in 1972.

Waits’s debut album, Closing Time, was released in the year following. The album showcased Tom’s characteristic vocal growls, and featured his unusual blend of jazz, blues, and folk, a formula that greatly appealed to the critics but did not earn him the commercial success he’d hoped for at first. But Tom Waits continued on, opening for other notable artists such as Frank Zappa, and his popularity began to grow alongside his critical acclaim. The Heart of Saturday Night (1974) and Small Change (1976) fared better, and then Foreign Affairs (1977) finally brought him to the top of the charts. Since that time, Tom Waits has given a steady stream of albums to audiences, including: Blue Valentine (1978), Heartattack and Vine (1980), Swordfishtrombones (1983), Rain Dogs (1985), Franks Wild Years (1987), Bone Machine (1992), The Black Rider (1993), Mule Variations (1999), Blood Money (2002), Alice (2002), and Real Gone (2004.)

In addition, Tom Waits is the author of Seeds on Hard Ground, a collection of poetry. Waits continues to record and perform; his most recent studio album, Bad as Me, was released in 2011.

For more information on booking Tom Waits, please contact Booking Entertainment. One of our top booking agents will be happy to work on your behalf to get you the best possible price to book any big name entertainer for your upcoming public, private or corporate event worldwide.

Booking Entertainment works to get the best possible Tom Waits booking fee and Tom Waits price for our clients while also providing the celebrity or famous entertainer with the level of professionalism and industry norms that they expect from an event run by a professional booking agency and production management.

Booking Entertainment uses our agency / management relationships and over 25 years of production experience to help buyers of headline / top name entertainers and does not claim or represent itself as the exclusive Tom Waits agent, manager or management company for any of the artists on our site.

Booking Entertainment does not claim or represent itself as the exclusive booking agency, business manager, publicist, speakers bureau or management for Tom Waits or any artists or celebrities on this website.