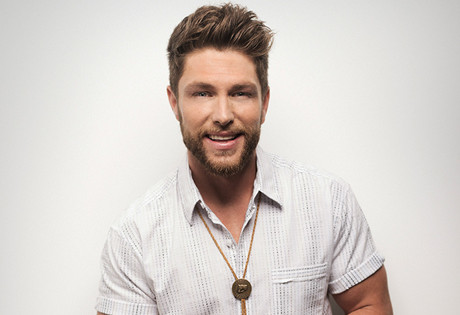 Start by filling out our no-obligation entertainment request form to check pricing and availability for Chris Lane or whoever else you may want.

Our Chris Lane agent will be happy to help you get Chris Lane's availability and booking fee, or the price and availability for any other A-List entertainer, band, comedian or celebrity you may want for your corporate event, private party, wedding, birthday party or public show.

The American country music singer Chris Lane was born in Kernersville, North Carolina. As a child, Lane initially harbored dreams of playing professional sports, especially baseball, which he went on to play in college. A series of injuries gave Chris a lot of down time off the field, and so during this time he learned to play guitar. His talent and love of performing quickly became evident and so after returning to his hometown, he formed his first band.

For the next few years, Chris Lane sought a number of opportunities to launch his music career, including auditioning for the reality competition series, American Idol. Initially, Lane fronted his own band, the Chris Lane Band, and the group released their first album, Let’s Ride, on an independent label in 2012. The album was moderately successful, rising into the top 100 on the country music charts, but shortly thereafter, Chris sought new opportunities as a solo artist.

In 2016, Chris Lane released his debut album, Girl Problems, to significant success. The album reached into the top ten on the country music charts and rose to the number fifty-five spot on the mainstream charts in the United States. The album’s first single, “For Her,” reached into the top twenty on both the country charts and mainstream charts. The album has earned Chris Lane an ACM Award nomination for New Male Vocalist of the Year.

Chris Lane is a country music star on the rise and definitely one to watch in the coming years. He recently completed a tour alongside Rascal Flatts, and 2017 will see him on the road with Florida Georgia Line before returning to the studio to begin work on his sophomore studio album.

For more information on booking Chris Lane, please contact Booking Entertainment. One of our top booking agents will be happy to work on your behalf to get you the best possible price to book any big name entertainer for your upcoming public, private or corporate event worldwide.

Booking Entertainment works to get the best possible Chris Lane booking fee and Chris Lane price for our clients while also providing the celebrity or famous entertainer with the level of professionalism and industry norms that they expect from an event run by a professional booking agency and production management.

Booking Entertainment uses our agency / management relationships and over 25 years of production experience to help buyers of headline / top name entertainers and does not claim or represent itself as the exclusive Chris Lane agent, manager or management company for any of the artists on our site.

Booking Entertainment does not claim or represent itself as the exclusive booking agency, business manager, publicist, speakers bureau or management for Chris Lane or any artists or celebrities on this website.