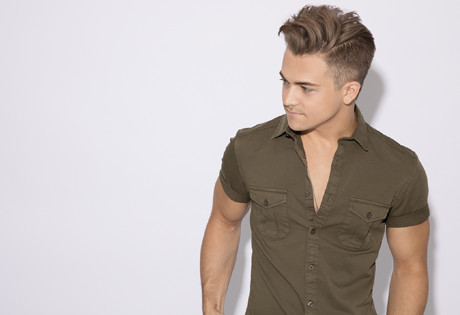 Start by filling out our no-obligation entertainment request form to check pricing and availability for Hunter Hayes or whoever else you may want.

Our Hunter Hayes agent will be happy to help you get Hunter Hayes's availability and booking fee, or the price and availability for any other A-List entertainer, band, comedian or celebrity you may want for your corporate event, private party, wedding, birthday party or public show.

Hunter Hayes was born in 1991 in Breaux Bridge, Louisiana. A young musical prodigy, Hayes began learning to play music when he was still a toddler, and by the time he was four he was performing on Nickelodeon, on talk shows such as Rosie O’Donnell and Maury, and for President Bill Clinton. After graduating from high school early, at the age of sixteen, Hunter moved to Nashville and began working as a songwriter, penning hits for such notable act as Rascal Flatts, before securing his own recording contract.

Although he had already self-released four independent albums (Through My Eyes, Make a Wish, Holidays with Hunter, and Songs About Nothing), Hunter Hayes’s self-titled major label debut was released in 2011.  The album spawned four top twenty singles: “Storm Warning,” “Somebody’s Heartbreak,” “I Want Crazy,” and “Wanted,” which hit the number one spot. To further boost the album, Hayes joined Taylor Swift as her opening act for her 2011 tour, and later in that same year joined Victoria Justice for a duet that appeared on the soundtrack for the remake of Footloose (2011.) In the following year, Hayes opened for Rascal Flatts and wrote the song “Where We Left Off,” which appeared on the soundtrack for Act of Valor.

Although Hunter Hayes’s career is just starting, he has already been nominated for three Grammies (Best New Artist, Best Country Album, and Best Country Solo Performance) and has earned a host of other award nominations, including Best New Artist (Academy of Country Music Awards) and New Artist of the Year (Country Music Association Awards.) Hayes is also the youngest member ever to be inducted into the Louisiana Music Hall of Fame. The promising young star is planning his next studio album at the moment, and fans eagerly anticipate hearing from Hunter Hayes very soon.

For more information on booking Hunter Hayes, please contact Booking Entertainment. One of our top booking agents will be happy to work on your behalf to get you the best possible price to book any big name entertainer for your upcoming public, private or corporate event worldwide.

Booking Entertainment works to get the best possible Hunter Hayes booking fee and Hunter Hayes price for our clients while also providing the celebrity or famous entertainer with the level of professionalism and industry norms that they expect from an event run by a professional booking agency and production management.

Booking Entertainment uses our agency / management relationships and over 25 years of production experience to help buyers of headline / top name entertainers and does not claim or represent itself as the exclusive Hunter Hayes agent, manager or management company for any of the artists on our site.

Booking Entertainment does not claim or represent itself as the exclusive booking agency, business manager, publicist, speakers bureau or management for Hunter Hayes or any artists or celebrities on this website.