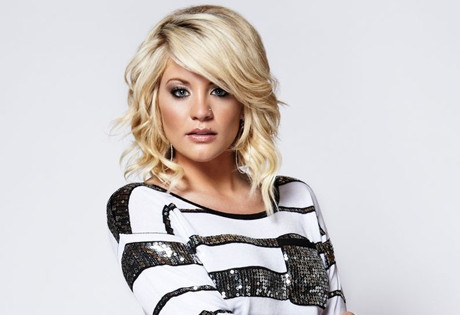 Start by filling out our no-obligation entertainment request form to check pricing and availability for Lauren Alaina or whoever else you may want.

Our Lauren Alaina agent will be happy to help you get Lauren Alaina's availability and booking fee, or the price and availability for any other A-List entertainer, band, comedian or celebrity you may want for your corporate event, private party, wedding, birthday party or public show.

Lauren Alaina was born Lauren Alaina Suddeth in 1994 in Rossville, Georgia. Lauren developed a passion for music quite early, and while still in high school she began writing music and performing at local venues. Alaina won a number of talent contests before auditioning for American Idol, a venture that became her big breakthrough.

Lauren Alaina became a favorite on American Idol from the very beginning, and finished the show’s season as the runner-up. Immediately after the show’s conclusion, Lauren signed her first recording contract and released her debut single, “Like My Mother Does.” The single reached into the top of the charts and Lauren began a tour of performances, appearing on The Today Show, The Tonight Show with Jay Leno, and Live with Regis and Kelly, to name a few. Alaina’s debut album, Wildflower, was released in 2011 and her follow-up single, “George Peaches,” was released a week later. For the remainder of 2011, Lauren Alaina toured alongside her fellow American Idol alumni in the America Idols LIVE! Tour, and continued with appearances on a variety of television programs and specials, including In Performance at the White House on PBS.

For more information on booking Lauren Alaina, please contact Booking Entertainment. One of our top booking agents will be happy to work on your behalf to get you the best possible price to book any big name entertainer for your upcoming public, private or corporate event worldwide.

Booking Entertainment works to get the best possible Lauren Alaina booking fee and Lauren Alaina price for our clients while also providing the celebrity or famous entertainer with the level of professionalism and industry norms that they expect from an event run by a professional booking agency and production management.

Booking Entertainment uses our agency / management relationships and over 25 years of production experience to help buyers of headline / top name entertainers and does not claim or represent itself as the exclusive Lauren Alaina agent, manager or management company for any of the artists on our site.

Booking Entertainment does not claim or represent itself as the exclusive booking agency, business manager, publicist, speakers bureau or management for Lauren Alaina or any artists or celebrities on this website.