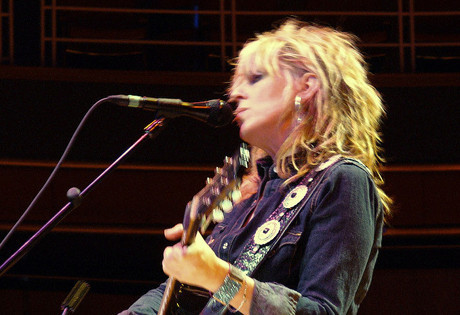 Start by filling out our no-obligation entertainment request form to check pricing and availability for Lucinda Williams or whoever else you may want.

Our Lucinda Williams agent will be happy to help you get Lucinda Williams's availability and booking fee, or the price and availability for any other A-List entertainer, band, comedian or celebrity you may want for your corporate event, private party, wedding, birthday party or public show.

Lucinda Williams was born in 1953 in Lake Charles, Louisiana, to a professor of literature and a pianist. Lucinda’s earliest influences in music encouraged her to learn to play the guitar and sing, and by the time she was in her early twenties, she was performing in bars and clubs in the Houston area. Williams’s debut album, Ramblin’, was recorded and released in the late 1970’s, but it did not garner much attention. Neither did the follow-up, Happy Woman Blues, but Lucinda Williams was not discouraged.

Lucinda moved to California in the early 1980’s and began performing around the Los Angeles area. By the latter part of the decade, she’d signed with a record label and released Lucinda Williams, which spawned the single “Changed the Locks,” the song for Lucinda to earn some major radio play. On the strength of this single, Williams began to build a fan base and by the time she released Sweet Old World in 1992, she’d become far more established. Another single from her record label debut, “Passionate Kisses,” actually became one of her biggest achievements, not for Lucinda’s recording of it herself, but after Mary Chapin Carpenter covered it, the song earned Lucinda Williams a Grammy for Best Country Song in 1994.

Most recently, Lucinda Williams released the album Blessed in 2011. She continues to record and perform.

For more information on booking Lucinda Williams, please contact Booking Entertainment. One of our top booking agents will be happy to work on your behalf to get you the best possible price to book any big name entertainer for your upcoming public, private or corporate event worldwide.

Booking Entertainment works to get the best possible Lucinda Williams booking fee and Lucinda Williams price for our clients while also providing the celebrity or famous entertainer with the level of professionalism and industry norms that they expect from an event run by a professional booking agency and production management.

Booking Entertainment uses our agency / management relationships and over 25 years of production experience to help buyers of headline / top name entertainers and does not claim or represent itself as the exclusive Lucinda Williams agent, manager or management company for any of the artists on our site.

Booking Entertainment does not claim or represent itself as the exclusive booking agency, business manager, publicist, speakers bureau or management for Lucinda Williams or any artists or celebrities on this website.