Booking Kool and the Gang 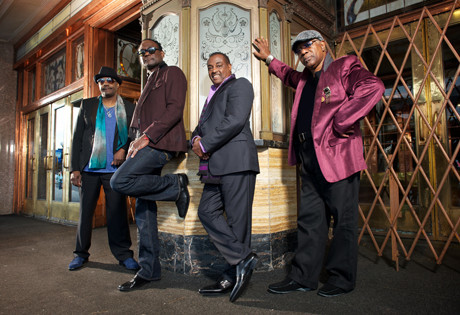 Hiring Kool and the Gang For Corporate Events, Appearances, Speaking Engagements and Product Endorsements Is Easy With Booking Entertainment

Booking Entertainment can also help you book Kool and the Gang for private virtual appearances,  live-streams or virtual shows.

Start by filling out our no-obligation entertainment request form to check pricing and availability for Kool and the Gang or whoever else you may want.

Our Kool and the Gang agent will be happy to help you get Kool and the Gang's availability and booking fee, or the price and availability for any other A-List entertainer, band, comedian or celebrity you may want for your corporate event, private party, wedding, birthday party or public show.

Kool and the Gang Biography

"Celebration," Kool & the Gang's most iconic hit, has become a wedding and party favorite since it hit the airwaves decades ago. Throughout the 1970's and 1980's, Kool & the Gang reigned as one of the most successful funk bands in American music, and their popularity continues today.

Initially called Jazziacs, then Soul Town Band, Kool & the Gang began playing clubs in New York's Greenwich Village at their start. An error which led to their billing as Kool & the Flames eventually lead to the name Kool & the Gang, just in time for them to release their debut album with De-Lite Records.

The first three singles from Kool & the Gang found their way to the charts, and two live albums, Live at the Sex Machine and Live at PJ's, would follow in 1971. Studio albums released in 1972 and 1973, and Wild and Peaceful, Kool & the Gang's sixth studio album, brought them their first Top Ten hit with "Funky Stuff." "Jungle Boogie" and "Hollywood Swinging" followed.

"Open Sesame," featured in the Saturday Night Fever soundtrack, brought Kool & the Gang a Grammy award, and by 1979 the band had added Earl Toon, Jr. and James "JT" Taylor as vocalist. JT would eventually go on to become the recognizable "face" of Kool & the Gang. Ladies Night became the band's biggest hit, and would be the first of three platinum albums. "Ladies Night" and "Too Hot" rocketed to the charts, and Celebrate! Followed in 1980, with the iconic "Celebration." In the following years, "Get Down on It" and "Take My Heart (You can Have it if You Want it)" would also become hits.

"Joanna" and "Cherish" brought Kool & the Gang more hits in 1984, and in 1985 "Fresh" and "Mislead" also hit the charts. The band continued to enjoy gold and platinum records until 1986, until JT left the band to pursue a solo career.

But Kool & the Gang continues on, even though some of the original members have left or sadly passed on. Clifford Adams, Larry Gittens, Michael Ray, and Curtis Williams are among the remaining originals who still perform with the band today.

Many of Kool & the Gang's hits have appeared in films and been sampled by other performers. "Jungle Boogie" appeared in Pulp Fiction, and "Hollywood Swinging" was sampled by DJ Kool for his "Let Me Clear My Throat." "Summer Madness," from Light of the Worlds was sampled by DJ Jazzy Jeff & the Fresh Price for the 1991 single "Summertime," and also featured in the film Rocky from 1976. "N.T." was sampled by a variety of performers, most notably by Jermaine Dupri with Snoop Doggy Dogg in "We Just Wanna Party with You," from Men in Black in 1997.

Kool & the Gang continues to tour and perform. Over the last few years, Kool & the Gang has performed in venues around the world, including Jerusalem in 2010, England in 2011, for the Tonight Show in 2012, and for the Capital Fourth celebration in 2012.

Hiring Kool and the Gang For Corporate Events, Private Parties And Public Concerts Is Easy With Booking Entertainment

For more information on booking Kool and the Gang, please contact Booking Entertainment. One of our top booking agents will be happy to work on your behalf to get you the best possible price to book any big name entertainer for your upcoming public, private or corporate event worldwide.

Booking Entertainment works to get the best possible Kool and the Gang booking fee and Kool and the Gang price for our clients while also providing the celebrity or famous entertainer with the level of professionalism and industry norms that they expect from an event run by a professional booking agency and production management.

Booking Entertainment uses our agency / management relationships and over 25 years of production experience to help buyers of headline / top name entertainers and does not claim or represent itself as the exclusive Kool and the Gang agent, manager or management company for any of the artists on our site.

Booking Entertainment does not claim or represent itself as the exclusive booking agency, business manager, publicist, speakers bureau or management for Kool and the Gang or any artists or celebrities on this website.