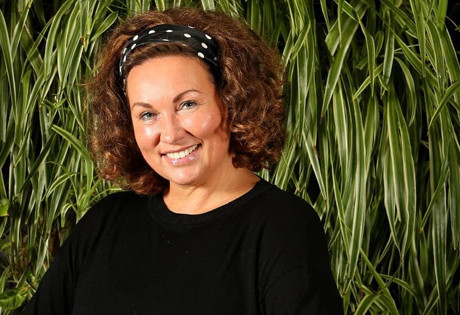 Start by filling out our no-obligation entertainment request form to check pricing and availability for Amber or whoever else you may want.

Our Amber agent will be happy to help you get Amber's availability and booking fee, or the price and availability for any other A-List entertainer, band, comedian or celebrity you may want for your corporate event, private party, wedding, birthday party or public show.

The German singer, producer, and songwriter known as Amber was born Marie-Claire Cremers in the Netherlands in 1969. Amber had spent a number of years working as a songwriter until one of her demos, “This is Your Night,” began to garner interest from major record labels, not just for the merit of the song but for Amber’s performance. Shortly after signing with Tommy Boy Records, the song was released as a single, and grew to become one of the biggest hits of the late 1990’s.

Amber’s debut album, This is Your Night, arrived in 1996, and featured the international dance hit, “This is Your Night,” In addition to the songs “Colour of Love” and “One More Night.” In 1998, Amber also scored another international hit with the song “If You Could Read My Mind,” recorded with Jocelyn Enriques and Ultra Nate. This is Your Night was also followed by the album Amber (1999), and then the album which became Amber’s biggest international breakthrough, Naked, which arrived in 2002. The album featured the smash hit dance single, “Sexual (Li Da Di),” in addition to the number one dance hits: “Above the Clouds,” “Love One another,” “ Yes!,” and “The Need to be Naked.”

In 2004, Amber released her album My Kind of World, featuring the songs “Anyway (Men are From Mars),” “You Move Me,” “Voodoo,” “Just Like That,” and “Melt With the Sun.” Later that same year, she also released a dance compilation album, Undanced, which was followed by Undanced II in 2007.

Although she’s not released any new material since 2007, Amber has in recent years performed at a number of music festivals and special events. Most recently, she has performed as the closing act or headlining act for a number of Gay Pride festivals for various cities, including Baltimore, Pittsburgh, Portland, and Providence.

For more information on booking Amber, please contact Booking Entertainment. One of our top booking agents will be happy to work on your behalf to get you the best possible price to book any big name entertainer for your upcoming public, private or corporate event worldwide.

Booking Entertainment works to get the best possible Amber booking fee and Amber price for our clients while also providing the celebrity or famous entertainer with the level of professionalism and industry norms that they expect from an event run by a professional booking agency and production management.

Booking Entertainment uses our agency / management relationships and over 25 years of production experience to help buyers of headline / top name entertainers and does not claim or represent itself as the exclusive Amber agent, manager or management company for any of the artists on our site.

Booking Entertainment does not claim or represent itself as the exclusive booking agency, business manager, publicist, speakers bureau or management for Amber or any artists or celebrities on this website.