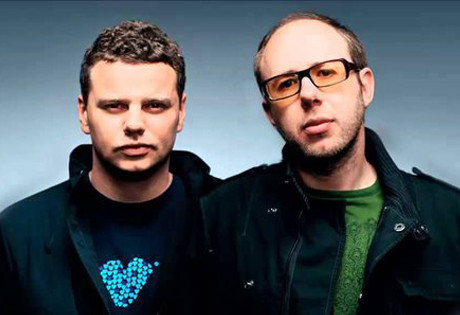 Start by filling out our no-obligation entertainment request form to check pricing and availability for Chemical Brothers or whoever else you may want.

Our Chemical Brothers agent will be happy to help you get Chemical Brothers's availability and booking fee, or the price and availability for any other A-List entertainer, band, comedian or celebrity you may want for your corporate event, private party, wedding, birthday party or public show.

The British electronic music group known as the Chemical Brothers was established by Ed Simons and Tom Rowlands in the early 1990’s. Simons and Rowlands had been childhood classmates and as young adults, each began to pursue opportunities as musicians, joining other bands and performing, until the two began DJ-ing together in a club in 1992.  Within a short period of time, the duo began writing their own material as well, using a sampler, computer, and a Hitachi hi-fi system to create their debut “Song to the Siren.”

Chemical Brothers self-released the song, eventually garnering the attention of Andrew Weatherall, who signed Chemical Brothers to his own label, Junior Boy’s Own. The Chemical Brothers’ debut album, Exit Planet Dust, arrived in 1995, and since that time the duo have released the additional albums: Dig Your Own Hole (1997), Surrender (1999), Come with Us (2002), Push the Button (2005), We are the Night (2007), and Further (2010.) The albums have featured the UK hits “Setting Sun,” “Alive Alone,” “Block Rockin’ Beats,” “Hey Boy Hey Girl,” “Let Forever Be,” “It Began in Afrika,” and “Galvanize,” which featured Q-Tip and helped Chemical Brothers to bring themselves to a worldwide audience, earning them a Grammy in 2006.

Eventually, the Chemical Brothers switched over to Virgin Records and throughout much of the 1990’s the duo could be found performing at a number of high-profile music festivals, including the Glastonbury Festival, the Lowlands Festival, and Woodstock 99. The new millennium has seen the duo continue to perform at such festivals as the Glastonbury Festival and the Coachella Valley Music and Arts Festival, and most recently the Chemical Brothers scored the entire soundtrack to the film Hanna.

The Chemical Brothers continue to write, perform, and record. They are also rumored to be scoring additional films set for release in the coming years.

For more information on booking Chemical Brothers, please contact Booking Entertainment. One of our top booking agents will be happy to work on your behalf to get you the best possible price to book any big name entertainer for your upcoming public, private or corporate event worldwide.

Booking Entertainment works to get the best possible Chemical Brothers booking fee and Chemical Brothers price for our clients while also providing the celebrity or famous entertainer with the level of professionalism and industry norms that they expect from an event run by a professional booking agency and production management.

Booking Entertainment uses our agency / management relationships and over 25 years of production experience to help buyers of headline / top name entertainers and does not claim or represent itself as the exclusive Chemical Brothers agent, manager or management company for any of the artists on our site.

Booking Entertainment does not claim or represent itself as the exclusive booking agency, business manager, publicist, speakers bureau or management for Chemical Brothers or any artists or celebrities on this website.