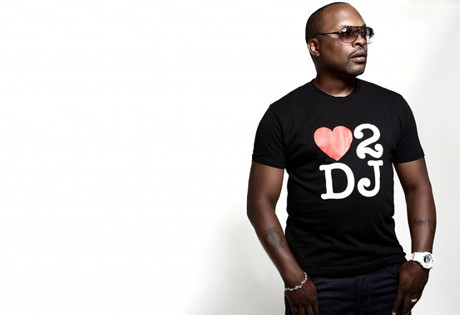 Start by filling out our no-obligation entertainment request form to check pricing and availability for DJ Jazzy Jeff or whoever else you may want.

Our DJ Jazzy Jeff agent will be happy to help you get DJ Jazzy Jeff's availability and booking fee, or the price and availability for any other A-List entertainer, band, comedian or celebrity you may want for your corporate event, private party, wedding, birthday party or public show.

The DJ known as DJ Jazzy Jeff was born Jeffrey Allen Townes in 1965 in Philadelphia, Pennsylvania. DJ Jazzy Jeff initially rose to fame as half of the duo DJ Jazzy Jeff & the Fresh Prince, alongside Will Smith. Jazzy Jeff began working as a DJ long before that, though, while he was still in high school, winning competitions and establishing himself in the Philadelphia area as a party favorite.

As half of DJ Jazzy Jeff & the Fresh Prince, Jeff earned a number of platinum-selling albums and singles throughout the late 1980’s and 1990’s, including the albums: He’s the DJ, I’m the Rapper (1988), And in This Corner (1989), and Homebase (1991.) The duo also earned a Grammy for the hit single “Parent’s Just Don’t Understand” in 1989. The award made Jazzy Jeff and Will Smith the first to earn a Grammy in a rap category and launched the staggering success of Will Smith as a solo artist.

When Smith and Jeff broke up as a duo, Jazzy Jeff continued to collaborate with the artist, both on the television show The Fresh Prince of Bel-Air, and on a number of albums and singles. In his solo career, Jazzy Jeff went on to become a successful producer, establishing his own production company to serve artists in the Philadelphia area. Jazzy Jeff produced a number of songs for Will Smith, but he also went on to release a number of albums as a solo artist, including: The Magnificent (2002), Hip-Hop Forever III (2006), and The Return of the Magnificent (2007.)

For more information on booking DJ Jazzy Jeff, please contact Booking Entertainment. One of our top booking agents will be happy to work on your behalf to get you the best possible price to book any big name entertainer for your upcoming public, private or corporate event worldwide.

Booking Entertainment works to get the best possible DJ Jazzy Jeff booking fee and DJ Jazzy Jeff price for our clients while also providing the celebrity or famous entertainer with the level of professionalism and industry norms that they expect from an event run by a professional booking agency and production management.

Booking Entertainment uses our agency / management relationships and over 25 years of production experience to help buyers of headline / top name entertainers and does not claim or represent itself as the exclusive DJ Jazzy Jeff agent, manager or management company for any of the artists on our site.

Booking Entertainment does not claim or represent itself as the exclusive booking agency, business manager, publicist, speakers bureau or management for DJ Jazzy Jeff or any artists or celebrities on this website.