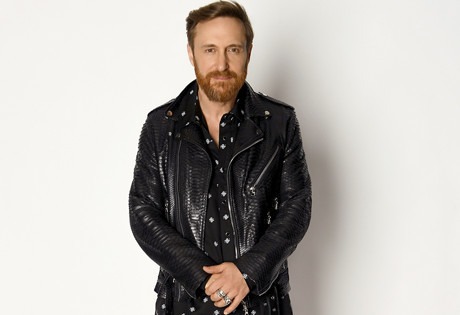 Start by filling out our no-obligation entertainment request form to check pricing and availability for David Guetta or whoever else you may want.

Our David Guetta agent will be happy to help you get David Guetta's availability and booking fee, or the price and availability for any other A-List entertainer, band, comedian or celebrity you may want for your corporate event, private party, wedding, birthday party or public show.

France’s David Guetta’s rise to fame as one of the era’s most prominence DJs wasn’t exactly overnight. Guetta had spent years DJ-ing around his native country before he met up with Robert Owens, a US house legend on tour, in 1992. After presenting Owens with a selection of tracks, Owens picked one he’d like to sing over. The result, “Up and Away,” became a minor hit, but got the ball rolling for David Guetta.

It would be until 2001, nearly a decade later, before Guetta would resurface with “Just a Little More Love” in 2001. The single featured Chris Willis, a gospel singer. The single continued to surface in sets for a few years, in an electro version and then later in a pumped-up remix. Also around this time, David Guetta acquired a bootleg remix of “Heros” by David Bowie, which had been re-titled “Just for One Day.” Bowie gave the green light to release the track, which became David Guetta’s breakthrough. David Guetta featured the track on his first mix CD, Fuck Me I’m Famous, in 2003. A series of albums followed: Just a Little More Love (2004), Guetta Blaster (2004), Poplife (2007), Fuck Me I'm Famous: International, Vol. 2  (2008), and One Love (2009.) One Love featured singles with Kelly Rowland, Akon, and Chris Willis, and became David’s big breakthrough; the album went on to garner David Guetta five Grammy nominations.

Since that time, David Guetta has released the additional albums Nothing But the Beat (2011), Nothing But the Beat 2.0 (2012), and Listen (2014.) Between 2011 and 2014 Guetta released dozens of high-charting singles, including: “Where Them Girls At” (featuring Flo Rida and Nicki Minaj); “Little Bad Girl” (with Taio Cruz and Ludacris); “Without You” (featuring Usher); “Lunar” w9th Afrojack); “Titanium” (with Sia); “Night of Your Life” (with Jennifer Hudson): and “She Wolf” (with Sia Furler.)

Today, David Guetta is firmly established as one of the era’s most sought-after DJs, both for his original material and for his countless remixes and collaborations. In 2013, Billboard magazine named Guetta’s single “When Love Takes Over” to be the number one dance-pop collaboration of all time. Guetta recently wrapped up an extensive tour and is now back in the studio, preparing new material for an upcoming album and future collaborations.

For more information on booking David Guetta, please contact Booking Entertainment. One of our top booking agents will be happy to work on your behalf to get you the best possible price to book any big name entertainer for your upcoming public, private or corporate event worldwide.

Booking Entertainment works to get the best possible David Guetta booking fee and David Guetta price for our clients while also providing the celebrity or famous entertainer with the level of professionalism and industry norms that they expect from an event run by a professional booking agency and production management.

Booking Entertainment uses our agency / management relationships and over 25 years of production experience to help buyers of headline / top name entertainers and does not claim or represent itself as the exclusive David Guetta agent, manager or management company for any of the artists on our site.

Booking Entertainment does not claim or represent itself as the exclusive booking agency, business manager, publicist, speakers bureau or management for David Guetta or any artists or celebrities on this website.