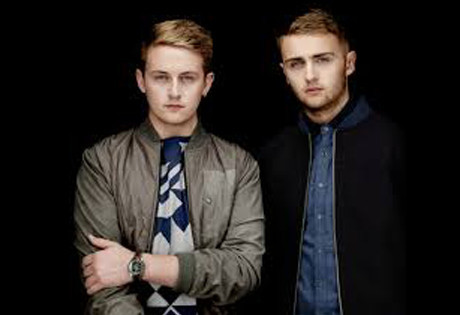 Start by filling out our no-obligation entertainment request form to check pricing and availability for Disclosure or whoever else you may want.

Our Disclosure agent will be happy to help you get Disclosure's availability and booking fee, or the price and availability for any other A-List entertainer, band, comedian or celebrity you may want for your corporate event, private party, wedding, birthday party or public show.

The electronic music team known as Disclosure was established in 2010 by brothers Guy and Howard Lawrence. Howard and Guy grew up in Reigate, Surrey, and it was little surprise that the two young men would develop an interest in music as a career; their father had played in a number of indie bands and their mother was a singer who performed on cruises and in advertisements, and occasionally worked as a session singer for various bands and performers. Guy and Howard began learning to play various instruments when they were still in elementary school, starting with drums and bass.

After completing A-Level studies in music at Reigate College, the two began copying and de-constructing various music tracks, reworking them into a blended style of house music inspired by popular music. Various tracks uploaded to MySpace eventually earned Disclosure their first record deal in 2010; the duo’s debut single, “Offline Dexterity,” arrived later that year. The single garnered them some buzz, but it was the follow-up, “Carnival/I Love… That You Know,” which earned them the management deal that launched their career as Dislcosure.

Disclosure forged forward with the singles “Tenderly/Flow,” “Running,” and “Latch,” which features the voice of the Sam Smith and which rose into the top twenty on the UK charts.  Additional chart-topping hits from Disclosure include: “White Noise” (featuring Aluna George); “You and Me” (featuring Eliza Doolittle): “F for You” (featuring Mary J. Blige); “Help Me Lose My Mind” (featuring London Grammar); “Holding On” (featuring Gregory Porter); and “Omen” (again featuring Sam Smith.) Disclosure has also remixed a number of singles by other artists, including Janet Jackson’s “Call on Me,” Lorde’s “Royals,” and Pharrell Williams’s “Frontin’.”

In 2013, Disclosure released its debut album, Settle, which earned them a 2014 Grammy Award nomination for best Dance/Electronica Album. The duo’s most recent album, Caracal, arrived in September of 2015.

For more information on booking Disclosure, please contact Booking Entertainment. One of our top booking agents will be happy to work on your behalf to get you the best possible price to book any big name entertainer for your upcoming public, private or corporate event worldwide.

Booking Entertainment works to get the best possible Disclosure booking fee and Disclosure price for our clients while also providing the celebrity or famous entertainer with the level of professionalism and industry norms that they expect from an event run by a professional booking agency and production management.

Booking Entertainment uses our agency / management relationships and over 25 years of production experience to help buyers of headline / top name entertainers and does not claim or represent itself as the exclusive Disclosure agent, manager or management company for any of the artists on our site.

Booking Entertainment does not claim or represent itself as the exclusive booking agency, business manager, publicist, speakers bureau or management for Disclosure or any artists or celebrities on this website.