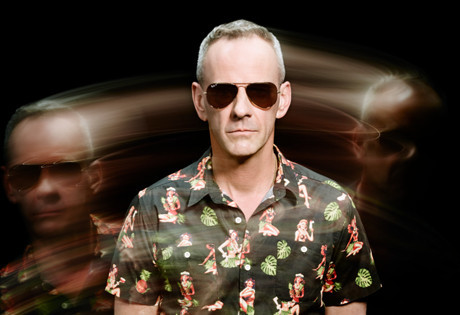 Start by filling out our no-obligation entertainment request form to check pricing and availability for Fatboy Slim or whoever else you may want.

Our Fatboy Slim agent will be happy to help you get Fatboy Slim's availability and booking fee, or the price and availability for any other A-List entertainer, band, comedian or celebrity you may want for your corporate event, private party, wedding, birthday party or public show.

The artist known as Fatboy Slim was born Norman Quentin Cook in 1963 and raised in Surrey, England. Long before he rose to fame as a DJ, rapper, and producer, Fatboy Slim spent the 1980’s as a member of one of the UK’s most successful indie rock bands, the Housemartins. After the Housemartins disbanded, Fatboy Sli established a number of other acts, including Beats International, Freak Power, and the Mighty Dub Katz.

Although all his endeavors were moderately successful, upon officially adopting the moniker Fatboy Slim in 1996, the artist finally achieved the critical acclaim he’d been seeking. With the release of Better Living Through Chemistry (1996) and You’ve Come a Long Way, Baby (1998), Fatboy Slim scored a series of top ten hits with the songs “The Rockafeller Skank,” “Gangster Trippin,” “Praise You,” and “Right Here, Right Now.” The albums Halfway Between the Gutter and the Stars (2000) and Palookaville (2004) followed, with the additional top forty hits “Demons” (with Macy Gray); “Weapon of Choice,” “Song for Shelter,” “ Slash Dot Dash,” “The Joker,” and “That Old Pair of Jeans.”

In 2008, Fatboy Slim debuted his latest creative project, the Brighton Port Authority, which featured “Toe Jam,” recorded alongside Dizzee Rascal and David Byrne. The debut album, I Think We’re Gonna Need a Bigger Boat, was released in 2009 in downloadable format and on amazon.com. Fatboy Slim has also remixed a number of tracks for such notable acts as A Tribe Called Quest and the Beastie Boys. In 2012, Fatboy Slim resumed performances as a solo artist, performing first at the Ultra Music Festival in Miami in 2012, and then at the Summer Olympics Closing Ceremony later that same year.

Most recently, Fatboy Slim became the first DJ to ever play at the House of Commons in Westminster in 2013. He followed up with a two-hour set at the We Are Festival in 2014.

For more information on booking Fatboy Slim, please contact Booking Entertainment. One of our top booking agents will be happy to work on your behalf to get you the best possible price to book any big name entertainer for your upcoming public, private or corporate event worldwide.

Booking Entertainment works to get the best possible Fatboy Slim booking fee and Fatboy Slim price for our clients while also providing the celebrity or famous entertainer with the level of professionalism and industry norms that they expect from an event run by a professional booking agency and production management.

Booking Entertainment uses our agency / management relationships and over 25 years of production experience to help buyers of headline / top name entertainers and does not claim or represent itself as the exclusive Fatboy Slim agent, manager or management company for any of the artists on our site.

Booking Entertainment does not claim or represent itself as the exclusive booking agency, business manager, publicist, speakers bureau or management for Fatboy Slim or any artists or celebrities on this website.