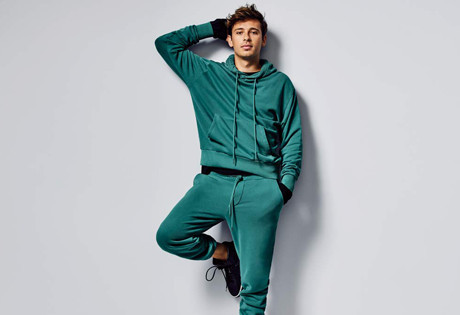 Start by filling out our no-obligation entertainment request form to check pricing and availability for Flume or whoever else you may want.

Our Flume agent will be happy to help you get Flume's availability and booking fee, or the price and availability for any other A-List entertainer, band, comedian or celebrity you may want for your corporate event, private party, wedding, birthday party or public show.

The artist known as Flume was born Harley Edward Streten in 1991. Streten grew up in Sydney, Australia, into a home filled with artistic influence; his father is filmmaker and producer Glen Steten. By the time Streten was a teenager, he was writing and recording his own music, and by 2010, he was producing house music. After adopting the moniker Flume, Streten was signed to his first record deal and he prepared for the release of his debut EP.

The EP Sleepless arrived to critical acclaim and featured three tracks; ultimately, the EP paved the way for Flume’s self-titled debut album in 2012, which featured collaboration with a number of notable artists such as Moon Holiday and Chet Faker. Flume quickly rose to the top of the Australian iTunes charts; the North American release of the album followed, featuring the singles “On Top,” “Sleepless,” “Holdin On,” “Drop the Game,” and “Some Minds.”

In addition to his own music, Flume has remixed singles for some of the era’s most notable artists, including Sam Smith, Lorde, and Arcade Fire. Other notable remixes include: “You & Me,” “Tennis Court,” “Gold,” “Afterlife,” and “Lay Me Down.” Flume has also written and produced music for: DJ Snake (“Talk”); George Maple (“Talk Talk” and “Vacant Space”); and Touch Sensitive (“Pizza Guy.”)

Flume most recently released his follow-up album, Skin, in 2016. Skin fared even better than Flume, rising into the top twenty internationally and spawning the hit singles “Never Be Like You,” “Smoke & Retribution,” and “Say It.” In recent years, Flume has performed at such notable festivals as SXSW and Lollapalooza, and he also recently released the song “Some Minds,” featuring vocals from Andrew Wyatt of Miike Snow.

For more information on booking Flume, please contact Booking Entertainment. One of our top booking agents will be happy to work on your behalf to get you the best possible price to book any big name entertainer for your upcoming public, private or corporate event worldwide.

Booking Entertainment works to get the best possible Flume booking fee and Flume price for our clients while also providing the celebrity or famous entertainer with the level of professionalism and industry norms that they expect from an event run by a professional booking agency and production management.

Booking Entertainment uses our agency / management relationships and over 25 years of production experience to help buyers of headline / top name entertainers and does not claim or represent itself as the exclusive Flume agent, manager or management company for any of the artists on our site.

Booking Entertainment does not claim or represent itself as the exclusive booking agency, business manager, publicist, speakers bureau or management for Flume or any artists or celebrities on this website.