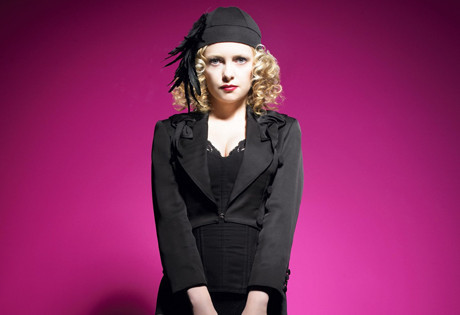 Start by filling out our no-obligation entertainment request form to check pricing and availability for Goldfrapp or whoever else you may want.

Our Goldfrapp agent will be happy to help you get Goldfrapp's availability and booking fee, or the price and availability for any other A-List entertainer, band, comedian or celebrity you may want for your corporate event, private party, wedding, birthday party or public show.

The electronic music duo known as Goldfrapp was established in London in the late 1990’s, by founding members Will Gregory and Alison Goldfrapp. Both musicians had been performing or composing with a number of other electronic bands in the area throughout the 1990’s, but came together in 1999 to form Goldfrapp and sign their first contract as a duo with Mute Records.

Goldfrapp released its debut, Felt Mountain, in 2000, to moderate commercial success but significant critical acclaim. The album spawned the singles “Human,” “Pilots (On a Star),” “Utopia,” and “Lovely Head,” although none of the songs charted higher than fifty-seven on the UK Albums charts. Goldfrapp followed up with the albums Black Cherry (2003), Supernature (2005), Seventh Tree (2008), and Head First (2010), which finally brought Goldfrapp to the level of recognition it sought, with a 2010 Grammy nomination for Best Electronic/Dance Album. Collectively the albums gave audiences the additional singles “ Train,” “Strict Machine,” “Twist,” “Black Cherry,” “Ooh La La,” “Number 1,” “Ride a White Horse,” “Fly Me Away,” “A&E,” and “Happiness,” most of which reached close to or above the number twenty spot on the charts.

Most recently, Goldfrapp released their latest studio album, Tales of Us (2013), and the compilation The Singles. Goldfrapp has plans for upcoming tours and additional performances in the coming years.

For more information on booking Goldfrapp, please contact Booking Entertainment. One of our top booking agents will be happy to work on your behalf to get you the best possible price to book any big name entertainer for your upcoming public, private or corporate event worldwide.

Booking Entertainment works to get the best possible Goldfrapp booking fee and Goldfrapp price for our clients while also providing the celebrity or famous entertainer with the level of professionalism and industry norms that they expect from an event run by a professional booking agency and production management.

Booking Entertainment uses our agency / management relationships and over 25 years of production experience to help buyers of headline / top name entertainers and does not claim or represent itself as the exclusive Goldfrapp agent, manager or management company for any of the artists on our site.

Booking Entertainment does not claim or represent itself as the exclusive booking agency, business manager, publicist, speakers bureau or management for Goldfrapp or any artists or celebrities on this website.