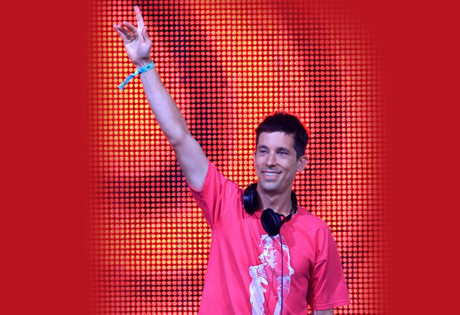 Start by filling out our no-obligation entertainment request form to check pricing and availability for Jacques Lu Cont or whoever else you may want.

Our Jacques Lu Cont agent will be happy to help you get Jacques Lu Cont's availability and booking fee, or the price and availability for any other A-List entertainer, band, comedian or celebrity you may want for your corporate event, private party, wedding, birthday party or public show.

The DJ, producer, and songwriter known as Jacques Lu Cont was born Stuart Price in 1977 in Bedale, North Yorkshire. Lu Cont grew up in Reading in the 1990’s, a time when such electronic artists as Dimitri from Paris and Daft Punk were rising on the charts. Jacques began to experiment with a similar type of music, perfecting his craft for a number of years, until he released his debut song “Jacques Your Body (Make Me Sweat)” in 1996.

Jacques Lu Cont’s debut did not make it to the charts until 1999, when it rose to the number sixty spot. Lu Cont’s debut album, Darkdancer, followed in the same year, but released under the name Rythmes Digitales. The album experienced moderate success, and around this time, Jacques began focusing on production work, collaborating with a number of artists on their own albums and singles, often remixing work for them as well.

It was in production that Jacques Lu Cont ultimately made a name for himself, going on to produce music for some of the era’s most notable artists, including Madonna, with whom he has worked extensively for over a decade. Other high-profile artists for whom Jacques Lu Cont has mixed, produced, or otherwise collaborated include: The Killers, Pet Shop Boys, No Doubt, Seal, Scissor Sisters, Kylie Minogue, Coldplay, Miike Snow, Katy Perry, and U2.

Lu Cont’s work has earned him multiple Grammy nominations with three wins, one for his remix of No Doubt’s “It’s My Life”; a second for his remix of Coldplays “Talk”; and a third for his production of Madonna’s album Confessions on a Dance Floor. In addition, his song “Jacques Your Body (Make Me Sweat),” which initially received lukewarm reception, has become a bit of a sleeper hit, rising into the top ten on the UK charts in 2005 after being featured in an advertisement for the Citroen C4 car.

Most recently, Jacques Lu Cont released the singles “Church” and “Underground” in 2012 and performed at the Coachella Music Festival later in the same year. BBC Radio One now also features his own Essential Mix, which can be heard regularly on the air.

For more information on booking Jacques Lu Cont, please contact Booking Entertainment. One of our top booking agents will be happy to work on your behalf to get you the best possible price to book any big name entertainer for your upcoming public, private or corporate event worldwide.

Booking Entertainment works to get the best possible Jacques Lu Cont booking fee and Jacques Lu Cont price for our clients while also providing the celebrity or famous entertainer with the level of professionalism and industry norms that they expect from an event run by a professional booking agency and production management.

Booking Entertainment uses our agency / management relationships and over 25 years of production experience to help buyers of headline / top name entertainers and does not claim or represent itself as the exclusive Jacques Lu Cont agent, manager or management company for any of the artists on our site.

Booking Entertainment does not claim or represent itself as the exclusive booking agency, business manager, publicist, speakers bureau or management for Jacques Lu Cont or any artists or celebrities on this website.