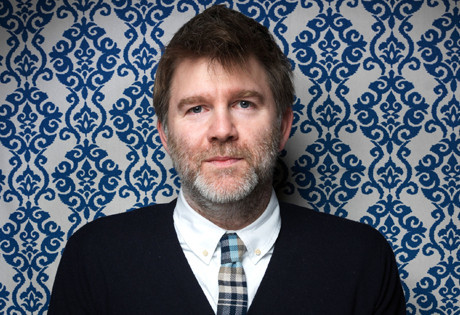 Start by filling out our no-obligation entertainment request form to check pricing and availability for James Murphy or whoever else you may want.

Our James Murphy agent will be happy to help you get James Murphy's availability and booking fee, or the price and availability for any other A-List entertainer, band, comedian or celebrity you may want for your corporate event, private party, wedding, birthday party or public show.

The DJ and producer James Murphy was born in 1970 and grew up in New Jersey. Long before he became the founder of DFA Records, Murphy worked as a sound engineer and as a member of a number of different groups throughout the 1980’s and 1990’s, often going by the moniker Death from Above, which eventually became the inspiration for his record label.

Shortly after the turn of the new millennium, James Murphy founded LCD Soundsystem, an electronic dance group which released its debut single, “Losing My Edge,” to critical acclaim and commercial success. With LCD Soundsystem, James Murphy released the band’s self-titled debut, and the follow-up albums Sound of Silver (2007) and This is Happening (2010), in addition to a number of extended plays and the live album The London Sessions (2010.) The works spawned the singles: “Give It Up,” “Movement,” “Tribulations,” “Someone Great,” “Big Ideas,” “Drunk Girls,” “I Can Change,” and “ Daft Punk is Playing at My House” and “North American Scum,” both of which charted not only in the UK but also in Belgium and elsewhere in Europe.

James Murphy remained with LCD Soundsystem all the way up to 2013, but in 2009 he also forayed into film scoring, writing the soundtrack for Greenberg. In recent years, James Murphy has also collaborated with such artists as OutKast, Arcade Fire, and Gorillaz, and he served as producer for Yeah Yeah Yeah’s album Mosquito (2013.)

For more information on booking James Murphy, please contact Booking Entertainment. One of our top booking agents will be happy to work on your behalf to get you the best possible price to book any big name entertainer for your upcoming public, private or corporate event worldwide.

Booking Entertainment works to get the best possible James Murphy booking fee and James Murphy price for our clients while also providing the celebrity or famous entertainer with the level of professionalism and industry norms that they expect from an event run by a professional booking agency and production management.

Booking Entertainment uses our agency / management relationships and over 25 years of production experience to help buyers of headline / top name entertainers and does not claim or represent itself as the exclusive James Murphy agent, manager or management company for any of the artists on our site.

Booking Entertainment does not claim or represent itself as the exclusive booking agency, business manager, publicist, speakers bureau or management for James Murphy or any artists or celebrities on this website.