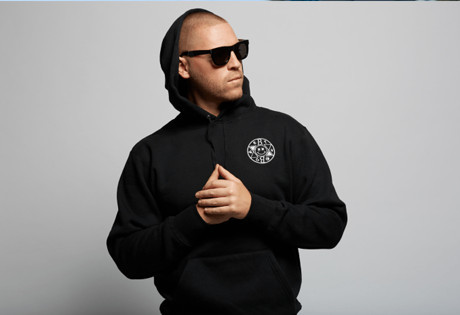 Start by filling out our no-obligation entertainment request form to check pricing and availability for JayCeeOh or whoever else you may want.

Our JayCeeOh agent will be happy to help you get JayCeeOh's availability and booking fee, or the price and availability for any other A-List entertainer, band, comedian or celebrity you may want for your corporate event, private party, wedding, birthday party or public show.

The DJ and producer known as JayCeeOh was born in 1982 and rose to fame after winning VH1’s reality series, Master of the Mix, in 2013. Long before he began mixing and recording, JayCeeOh grew up in Pittsburgh, and in his teenage and young adult years, he began working alongside such notable hip-hop artists as Mac Miller and Wiz Khalifa, founders of the Rostrum Records label.

JayCeeOh began competing in the early 2010’s, earning 1st place in the McDonalds Flavor Battle Finals and garnering the attention of Sammy Adams, who signed JayCeeOh as his DJ while on tour. Appearance on such television programs as Conan O’Brien followed, and throughout this time JayCeeOh continued to release multiple remix albums featuring his work, most notably his Super 7 series of mixtapes, which are acclaimed both critically and commercially.

Since winning Master of the Mix, JayCeeOh has provided music for some of the world’s most prestigious companies and brands, including: Playboy, Oakley, Comedy Central, McDonalds, Nike, Red Bull, and X-Games. He has also performed alongside artists such as Miley Cyrus, Kennedy Jones, Pete Tong, and Krewella, and often appears around the country at notable venues in cities such as Seattle, Las Vegas, Dallas, and San Diego. Most recently, JayCeeOh released the remix for the smash hit HBO series Boardwalk Empire.

For more information on booking JayCeeOh, please contact Booking Entertainment. One of our top booking agents will be happy to work on your behalf to get you the best possible price to book any big name entertainer for your upcoming public, private or corporate event worldwide.

Booking Entertainment works to get the best possible JayCeeOh booking fee and JayCeeOh price for our clients while also providing the celebrity or famous entertainer with the level of professionalism and industry norms that they expect from an event run by a professional booking agency and production management.

Booking Entertainment uses our agency / management relationships and over 25 years of production experience to help buyers of headline / top name entertainers and does not claim or represent itself as the exclusive JayCeeOh agent, manager or management company for any of the artists on our site.

Booking Entertainment does not claim or represent itself as the exclusive booking agency, business manager, publicist, speakers bureau or management for JayCeeOh or any artists or celebrities on this website.