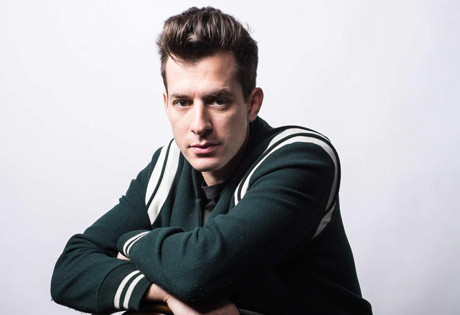 Start by filling out our no-obligation entertainment request form to check pricing and availability for Mark Ronson or whoever else you may want.

Our Mark Ronson agent will be happy to help you get Mark Ronson's availability and booking fee, or the price and availability for any other A-List entertainer, band, comedian or celebrity you may want for your corporate event, private party, wedding, birthday party or public show.

The English DJ, singer, and producer Mark Ronson was born in 1975. When he was a child, his parents divorced, and his mother married Mick Jones, the guitarist for the band Foreigner. Ronson moved with his new family to New York City, where he was surrounded by influential musicians. It was no surprise, then, when Mark Ronson began working as a DJ in the local club scene while attending New York University.

Ronson quickly became one of the city’s most popular DJ’s, and by the late 1990’s, he’d made the leap to music producer. After producing music for other artists for awhile, in 2001, he signed his first record deal with Elektra Records and released his major label debut, Here Comes the Fuzz, two years later. The album was praised by critics but did not perform well commercially, despite guest appearances from some of music’s most notable artists, including Sean Paul, Mos Def, and Jack White. The album did spawn the single “Ooh Wee,” which was featured in the soundtracks for the films Honey and then later Harold & Kumar Escape from Guantanamo Bay.

In 2004, Mark Ronson established Allido Records and released the album Version in 2007. The album Record Collection followed in 2010, but in recent years Mark Ronson has become known for his collaborative and production work with some of the era’s highest-charting artists. Ronson has produced albums for such notable musicians as: Macy Gray, Christina Aguilera, Adele, Amy Winehouse, Foreigner, Duran Duran, Lil Wayne, and Bruno Mars, for whom his work on “Locked Out of Heaven” earned him a Grammy for Record of the Year. Ronson has also earned Grammys for Album of the Year, Best Pop Vocal Album, and Record of the Year for Amy Winehouse’s album Back to Black and the single “Rehab.”

Although Mark Ronson’s first love is producing, he continues to perform and record his own music. His most recent album, Uptown Special, arrived in 2015.

For more information on booking Mark Ronson, please contact Booking Entertainment. One of our top booking agents will be happy to work on your behalf to get you the best possible price to book any big name entertainer for your upcoming public, private or corporate event worldwide.

Booking Entertainment works to get the best possible Mark Ronson booking fee and Mark Ronson price for our clients while also providing the celebrity or famous entertainer with the level of professionalism and industry norms that they expect from an event run by a professional booking agency and production management.

Booking Entertainment uses our agency / management relationships and over 25 years of production experience to help buyers of headline / top name entertainers and does not claim or represent itself as the exclusive Mark Ronson agent, manager or management company for any of the artists on our site.

Booking Entertainment does not claim or represent itself as the exclusive booking agency, business manager, publicist, speakers bureau or management for Mark Ronson or any artists or celebrities on this website.