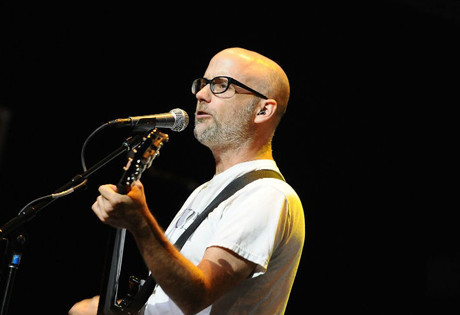 Start by filling out our no-obligation entertainment request form to check pricing and availability for Moby or whoever else you may want.

Wondering how to book Moby for your event? Let Booking Entertainment be Your entertainment booking agency for booking Moby for events worldwide.

Our Moby agent will be happy to help you get Moby's availability and booking fee, or the price and availability for any other A-List entertainer, band, comedian or celebrity you may want for your corporate event, private party, wedding, birthday party or public show.

Moby was born Richard Melville Hall in 1965 in Harlem, New York, but grew up mainly in Connecticut. Moby’s music career began with a number of punk and post-punk bands, until in the late 1980’s he caught the attention of Instinct Records as a solo artist. Moby’s first releases included the singles “Mobility,” “Next is the E,” “Voodoo Child,” and “Go.” Around the same time, in the early 1990’s, he began remixing music from a number of notable artists, including Michael Jackson, the Pet Shop Boys, and the B-52s.

After switching to Mute Records in 1993, Moby released the album Everything is Wrong two years later. Everything Is Wrong – Mixed and Remixed followed, but neither garnered Moby the commercial success he’d hoped for. Moby switched to a more punk rock sound, releasing the album Animal Rights in 1996, which spawned the singles “That’s When I Reach for My Revolver” and “Come on Baby.” But the album only resulted in confusing for Moby’s fan base, as his listeners tried unsuccessfully to identify Moby’s primary genre. So Moby returned to the studio, and resurfaced with the album which would be his big breakthrough.

Play arrived in 1999 and featured multiple hit songs which were featured in a number of major studio films. Suddenly, Moby’s music could be heard in movies such as Gone in 60 Seconds, and the follow-up album, 18, was even more successful, selling more than four million copies. For the next few years, Moby toured extensively in support of both albums, playing hundreds of shows around the world. In the years following, Moby released the albums: Hotel (2005), Last Night (2008), Wait for Me (2009), and Destroyed (2011.) The albums spawned the charting singles “Life Me up,” “Raining Again,” “Beautiful,” “Slipping Away,” “Disco Lies,” “I Love to Move in Here,” “Ooh Yeah,” “Pale Horses,” “Mistake,” and “Wait for Me.” Moby’s albums and singles earned him a number of industry awards and nominations, in addition to sales exceeding more than twenty million albums.

Moby’s work extends into producing, mixing, and even writing for such notable and diverse artists as Michael Jackson, Metallica, the Smashing Pumpkins, Pet Shop Boys, Daft Punk, and Public Enemy. He is also an active supporter of a number of charities (including the Humane Society and MoveOn.org); an accomplished photographer; and an essayist who has spoken publicly about support for basic rights, both animal rights and human rights. Most recently, Moby released the album Innocents in 2013, and launched an international tour in support of its release.

For more information on booking Moby, please contact Booking Entertainment. One of our top booking agents will be happy to work on your behalf to get you the best possible price to book any big name entertainer for your upcoming public, private or corporate event worldwide.

Booking Entertainment works to get the best possible Moby booking fee and Moby price for our clients while also providing the celebrity or famous entertainer with the level of professionalism and industry norms that they expect from an event run by a professional booking agency and production management.

Booking Entertainment uses our agency / management relationships and over 25 years of production experience to help buyers of headline / top name entertainers and does not claim or represent itself as the exclusive Moby agent, manager or management company for any of the artists on our site.

Booking Entertainment does not claim or represent itself as the exclusive booking agency, business manager, publicist, speakers bureau or management for Moby or any artists or celebrities on this website.