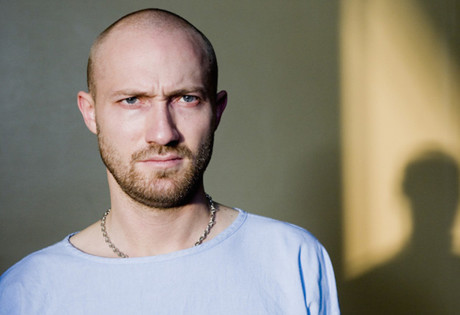 Start by filling out our no-obligation entertainment request form to check pricing and availability for Paul Kalkbrenner or whoever else you may want.

Our Paul Kalkbrenner agent will be happy to help you get Paul Kalkbrenner's availability and booking fee, or the price and availability for any other A-List entertainer, band, comedian or celebrity you may want for your corporate event, private party, wedding, birthday party or public show.

The German producer and performer Paul Kalkbrenner was born in 1977 in Leipzig but spent his formative years in Berlin. His teenage years were spent during the height of Germany’s reunification, after the Berlin Wall came down, and the city was filled with innovation, change, and progress, especially in the area of progressive music.

As a young teen in this environment, Kalkbrenner began DJing around town in youth clubs, experimenting with techno. For much of the 1990’s, Paul perfected the art of laying down tracks, while at the same time he studied music theory and learned to play the trumpet, giving himself an excellent music foundation. Shortly after turning eighteen, Kalkbrenner invested in the appropriate equipment to produce his own music, and he started to perform live.

Under the name Paul dB+, Kalkbrenner released his debut album, Superimpose, in 2001. The album garnered him some attention, as did the follow-up, Zeit, but it was the song “Self” in 2004 that brought Paul to the attention of a local filmmaker, who cast him in a key role in the film Berlin Calling. Kalkbrenner also provided the soundtrack for the film, which spawned the hit single “Sky and Sand.” Both album and single rose to the top of the charts and brought Paul Kalkbrenner worldwide recognition after the film’s premiere at the Locarno International Film Festival.

Since that time, Paul Kalkbrenner has released the albums Icke Wieder (2011) and Guten Tag (2012), in addition to multiple EPs.  His remixes have also brought him significant critical acclaim; among the most notable are: “Your Everlasting Breath” (Error Error); “Jet” (Ellen Allien & Apparat); “Closed Eyes” (Chordian); “Submarino” (Undo & Vicknoise); “Te Quiero” (Stromae); “Facing the Sun” (Fritz Kalkbrenner); “Wait for Me” ( Moby); and “Should Be Higher” ( Depeche Mode.)

Paul Kalkbrenner is definitely a DJ on the rise and one to watch. His unique brand of performance makes him more of a live performer instead of a DJ, since he assembles live tracks onstage, and this quality sets him apart from other DJs of this era. Kalkbrenner has multiple projects on the horizon for the next year, including new album releases, singles, and remixes.

For more information on booking Paul Kalkbrenner, please contact Booking Entertainment. One of our top booking agents will be happy to work on your behalf to get you the best possible price to book any big name entertainer for your upcoming public, private or corporate event worldwide.

Booking Entertainment works to get the best possible Paul Kalkbrenner booking fee and Paul Kalkbrenner price for our clients while also providing the celebrity or famous entertainer with the level of professionalism and industry norms that they expect from an event run by a professional booking agency and production management.

Booking Entertainment uses our agency / management relationships and over 25 years of production experience to help buyers of headline / top name entertainers and does not claim or represent itself as the exclusive Paul Kalkbrenner agent, manager or management company for any of the artists on our site.

Booking Entertainment does not claim or represent itself as the exclusive booking agency, business manager, publicist, speakers bureau or management for Paul Kalkbrenner or any artists or celebrities on this website.