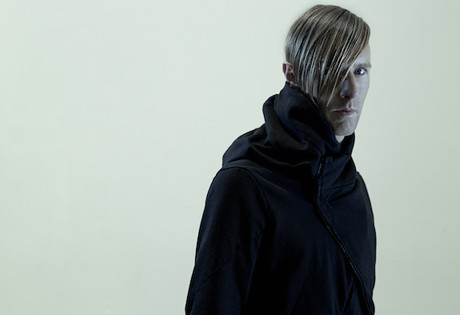 Start by filling out our no-obligation entertainment request form to check pricing and availability for Plastikman or whoever else you may want.

Our Plastikman agent will be happy to help you get Plastikman's availability and booking fee, or the price and availability for any other A-List entertainer, band, comedian or celebrity you may want for your corporate event, private party, wedding, birthday party or public show.

The DJ and musician known as Plastikman was born Richard Hawtin in Oxfordshire in 1970. When Hawtin was a young child, his family moved to Ontario, Canada, just across the river from Detroit. Richard fell in love with music at an early age, largely influenced by his father, and by the time he was seventeen, he was DJ-ing around the local area and in Detroit. A partnership with another Canadian-based DJ, John Acquaviva, led to the formation of his own music label in the 1990’s, which eventually led the release of his earliest works as the artist F.U.S.E.

After F.U.S.E., Hawtin adopted the moniker Plastikman and began releasing new music, starting with the Plastikman debut album Sheet One in 1993. Sheet One was followed by: Musik (1994), Recycled Plastik (1994), Consumed (1998), Artifakts (1998), Closer (2003), and Arkives (2011.) These albums are in addition to nearly a dozen remix albums released as Richie Hawtin, spanning from 1995 to 2012, with the recent Mixmag presents: Richie Hawtin – New Horizons.

Throughout the course of his career, Plastikman has performed and recorded with a number of different artists and in a number of different venues, most recently at the Guggenheim Museum in New York in 2013. The performance led to the recording of his latest album, set for release in 2014.

For more information on booking Plastikman, please contact Booking Entertainment. One of our top booking agents will be happy to work on your behalf to get you the best possible price to book any big name entertainer for your upcoming public, private or corporate event worldwide.

Booking Entertainment works to get the best possible Plastikman booking fee and Plastikman price for our clients while also providing the celebrity or famous entertainer with the level of professionalism and industry norms that they expect from an event run by a professional booking agency and production management.

Booking Entertainment uses our agency / management relationships and over 25 years of production experience to help buyers of headline / top name entertainers and does not claim or represent itself as the exclusive Plastikman agent, manager or management company for any of the artists on our site.

Booking Entertainment does not claim or represent itself as the exclusive booking agency, business manager, publicist, speakers bureau or management for Plastikman or any artists or celebrities on this website.