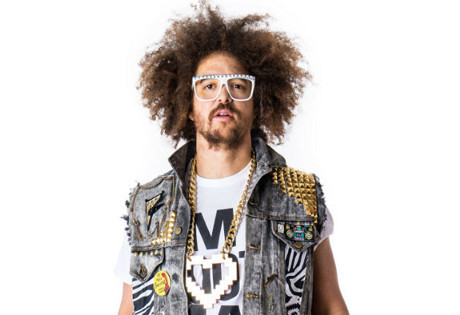 Start by filling out our no-obligation entertainment request form to check pricing and availability for Redfoo or whoever else you may want.

Our Redfoo agent will be happy to help you get Redfoo's availability and booking fee, or the price and availability for any other A-List entertainer, band, comedian or celebrity you may want for your corporate event, private party, wedding, birthday party or public show.

The DJ, rapper, and producer known as Redfoo was born Stefan Kendal Gordy in 1975. Redfoo’s father is the famous Berry Gordy, Jr., who founded the Motown label, and so it is no surprise that Redfoo would have eventually pursued a career in music. Long before he rose to fame as a member of the smash hit duo LMFAO, however, he attended school in Los Angeles surrounded by such notable classmates as GoonRock and will.i.am.

Alongside his nephew, Redfoo founded LMFAO in 2006, and the duo began to make important connections on the local music scene. Of course, having friends as influential as will.i.am certainly helped, and so it was a short period of time before Redfoo and LMFAO signed with Interscope Records. Between 2006 and 2012, Redfoo and LMFAO gave audiences some of the era’s most significant music, until in 2012 LMFAO announced its hiatus.

It was at that time that Redfoo launched his career as a solo artist, with the debut single “Bring Out the Bottles.” The song was included in the film Last Vegas, helping to boost its popularity and Redfoo’s status as a solo artist. The song paved the way for the release of the additional songs “I’ll Award You With My Body,” “Let’s Get Ridiculous,” and Redfoo’s solo album debut, I Look Good Naked!, which arrived in 2014.

In addition to his own solo work, Redfoo has contributed tracks to a number of songs in collaboration with other artists, including “Duet” (The Black Eyed Peas); “Boomba” (SkyBlue); “Took My Love” (Pitbull and David Rush); and “Live My Life (Party Rock Remix)” ( Far East Movement.) Most recently, Redfoo joined the judging ream on Australia’s version of the X Factor. Redfoo has plans for additional solo and collaborative endeavors, but also plans to record and perform as half of LMFAO in the near future as well.

For more information on booking Redfoo, please contact Booking Entertainment. One of our top booking agents will be happy to work on your behalf to get you the best possible price to book any big name entertainer for your upcoming public, private or corporate event worldwide.

Booking Entertainment works to get the best possible Redfoo booking fee and Redfoo price for our clients while also providing the celebrity or famous entertainer with the level of professionalism and industry norms that they expect from an event run by a professional booking agency and production management.

Booking Entertainment uses our agency / management relationships and over 25 years of production experience to help buyers of headline / top name entertainers and does not claim or represent itself as the exclusive Redfoo agent, manager or management company for any of the artists on our site.

Booking Entertainment does not claim or represent itself as the exclusive booking agency, business manager, publicist, speakers bureau or management for Redfoo or any artists or celebrities on this website.