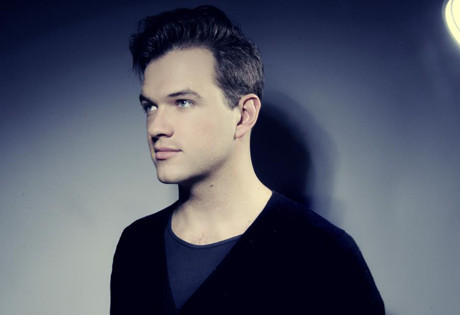 Start by filling out our no-obligation entertainment request form to check pricing and availability for St Lucia or whoever else you may want.

Our St Lucia agent will be happy to help you get St Lucia's availability and booking fee, or the price and availability for any other A-List entertainer, band, comedian or celebrity you may want for your corporate event, private party, wedding, birthday party or public show.

The musician known as St. Lucia was born Jean-Philip Grobler in Johannesburg, South Africa. Grobler was drawn to music as a child, and spent much of his formative upbringing singing in the local choir; eventually, he began to sing with the prestigious Drakensberg Boys’ Choir, traveling the world for performances. Influenced by such artists as Phil Collins, Boyz II Men, and Sting, Jean-Philip began writing his own music in his mid-teens, and shortly before his twentieth birthday, he left South Africa to move first to the United Kingdom, and then later to New York.

Settling in Brooklyn, St. Lucia began work in music licensing before his talents earned the attention of Neon Gold Records. After signing with the label in 2012, he began work on his debut. The result was a self-titled EP, followed by a feature full-length album, When the Night (2013.) The album rose to the top of the US Heatseekers charts, and featured the single “Elevate.” But When the Night did not garner St. Lucia with the critical and commercial acclaim he’d been hoping for.

That success came with the release of the album Matter, in early 2016. Matter broke into the mainstream charts in the United States and featured the songs: “Dancing on Glass,” “Physical,” “Love Somebody,” and “Help Me Run Away.” The album has been critically acclaimed and placed St. Lucia in high demand, not only as a musician in his own right, but also as a producer for a number of other artists, including HAERTS, Foster the People, and Passion Pit.

For more information on booking St Lucia, please contact Booking Entertainment. One of our top booking agents will be happy to work on your behalf to get you the best possible price to book any big name entertainer for your upcoming public, private or corporate event worldwide.

Booking Entertainment works to get the best possible St Lucia booking fee and St Lucia price for our clients while also providing the celebrity or famous entertainer with the level of professionalism and industry norms that they expect from an event run by a professional booking agency and production management.

Booking Entertainment uses our agency / management relationships and over 25 years of production experience to help buyers of headline / top name entertainers and does not claim or represent itself as the exclusive St Lucia agent, manager or management company for any of the artists on our site.

Booking Entertainment does not claim or represent itself as the exclusive booking agency, business manager, publicist, speakers bureau or management for St Lucia or any artists or celebrities on this website.