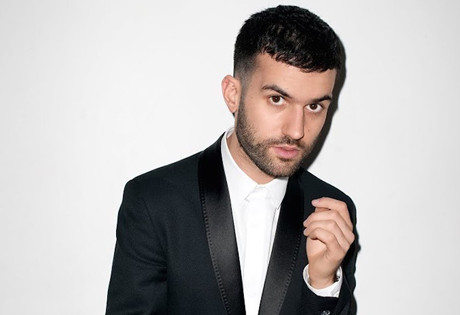 Start by filling out our no-obligation entertainment request form to check pricing and availability for A-Trak or whoever else you may want.

Our A-Trak agent will be happy to help you get A-Trak's availability and booking fee, or the price and availability for any other A-List entertainer, band, comedian or celebrity you may want for your corporate event, private party, wedding, birthday party or public show.

The Canadian DJ known as DJ A-Trak was born Alain Macklovitch in 1982 Quebec. A-Trak grew up in the Montreal area, where he and his brother both became enamored with electronic music as young children. A-Trak’s brother would go on to become one half of the duo Chromeo, and A-Trak would instead begin competing in local DJ competitions in the mid 1990’s, earning his first win at the young age of fifteen.

In 2004, A-Trak had the incredible luck of performing at a record shop in London at the same time that John Legend was booked to perform at the same venue. Kanye West arrived to help support Legend in his endeavor, and he was immediately captivated by A-Trak’s talents. West took the young DJ under his wing and brought him out on tour with him, launching a career which has been on the rise ever since.

DJ A-Trak released his debut studio album, Running Man: Nike + Original Run, in 2008; the album reached into the top twenty on the dance charts in the United States. His single “Out the Speakers,” featuring Milo & Otis was a top ten dance hit, and “We All Fall Down” (featuring Jamie Lidell) was a top forty dance hit. DJ A-Trak’s work with other artists is equally impressive, having produced for notable artists such as Kanye West (“Champions,” “Stronger,” “RoboCop”) and Kid sister (“You Ain’t Really Down,” “Get Fresh.”) In addition, DJ A-Trak has provided remixes for artists such as Alesso, Zedd, The Rapture, Yeah Yeah Yeahs, Boyz Noize, D-Styles, and of course, Kanye West.

DJ A-Trak is today considered one of the most notable and successful DJs, remixers, and producers of his era. Although he is most active in producing and collaborating with other artists, DJ A-Trak continues to find time for his own material. His most recent EP, Tuna Melt, arrived in 2012 and was a top twenty hit on the dance charts in the United States.

For more information on booking A-Trak, please contact Booking Entertainment. One of our top booking agents will be happy to work on your behalf to get you the best possible price to book any big name entertainer for your upcoming public, private or corporate event worldwide.

Booking Entertainment works to get the best possible A-Trak booking fee and A-Trak price for our clients while also providing the celebrity or famous entertainer with the level of professionalism and industry norms that they expect from an event run by a professional booking agency and production management.

Booking Entertainment uses our agency / management relationships and over 25 years of production experience to help buyers of headline / top name entertainers and does not claim or represent itself as the exclusive A-Trak agent, manager or management company for any of the artists on our site.

Booking Entertainment does not claim or represent itself as the exclusive booking agency, business manager, publicist, speakers bureau or management for A-Trak or any artists or celebrities on this website.