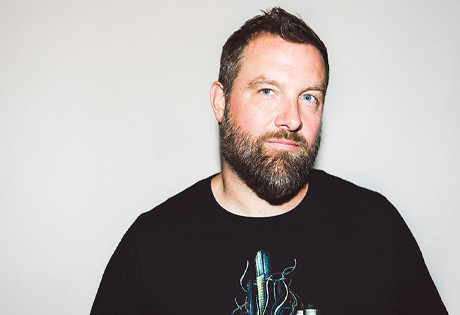 Start by filling out our no-obligation entertainment request form to check pricing and availability for Claude VonStroke or whoever else you may want.

Our Claude VonStroke agent will be happy to help you get Claude VonStroke's availability and booking fee, or the price and availability for any other A-List entertainer, band, comedian or celebrity you may want for your corporate event, private party, wedding, birthday party or public show.

Los Angeles based techno producer Claude VonStroke was born Barclay Macbride Crenshaw in 1971 in Ohio. Crenshaw spent his teenage years growing up in the Detriot area, where he developed a love of hip-hop first, and then later electronic music. In his twenties, Barclay moved to Los Angeles, where he began work in the film industry, before deciding to pursue a career as a DJ and producer.

After adopting the moniker Claude VonStroke, Crenshaw released the debut album Beware of the Bird in 2006, featuring the singles “The Whistler,” “Deep Throat,” and “Who’s Afraid of Detroit?” That same year, he also remixed the songs “Don’t Let The Morning Come” (Soul Avengerz) and “Put Your Hands Up for Detroit” (Fedde Le Grand.) The album put Claude VonStroke on the map as one of the era’s most notable DJs and producers, and set the stage for a career which has now since lasted more than a decade.

Claude VonStroke continues to produce, record, and remix for notable artists. He most recently released his latest studio album – Barclay Crenshaw – in 2017. His latest remix, “Omen” ( Disclosure), arrived in 2015.

For more information on booking Claude VonStroke, please contact Booking Entertainment. One of our top booking agents will be happy to work on your behalf to get you the best possible price to book any big name entertainer for your upcoming public, private or corporate event worldwide.

Booking Entertainment works to get the best possible Claude VonStroke booking fee and Claude VonStroke price for our clients while also providing the celebrity or famous entertainer with the level of professionalism and industry norms that they expect from an event run by a professional booking agency and production management.

Booking Entertainment uses our agency / management relationships and over 25 years of production experience to help buyers of headline / top name entertainers and does not claim or represent itself as the exclusive Claude VonStroke agent, manager or management company for any of the artists on our site.

Booking Entertainment does not claim or represent itself as the exclusive booking agency, business manager, publicist, speakers bureau or management for Claude VonStroke or any artists or celebrities on this website.