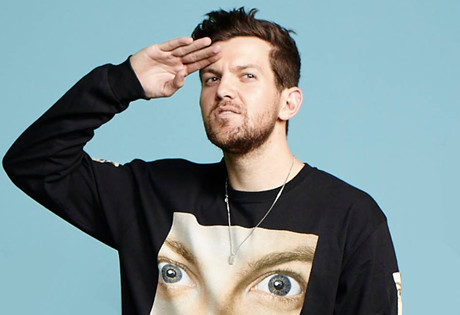 Start by filling out our no-obligation entertainment request form to check pricing and availability for Dillion Francis or whoever else you may want.

Our Dillion Francis agent will be happy to help you get Dillion Francis's availability and booking fee, or the price and availability for any other A-List entertainer, band, comedian or celebrity you may want for your corporate event, private party, wedding, birthday party or public show.

Dillion Francis is one of the few, if not the only DJ, that goes by his actual name! He is an Internet sensation along with being a successful DJ. Being brought up in downtown Los Angeles, California Francis lived a wonderful childhood learning about music at a young age. The genre Francis falls under would be electronic house, trap and progressive house.

To start off his career, Francis was recognized by the famous artist, Diplo. They worked together to create the song “Que Que.” This song was a mix between electronic pop and Latin-pop because of the special appearance by Maluca. After this kick-start to his music career, Francis released two hit singles in 2012. These hits are still popular today and they are “I.D.G.A.F.O.S” and “Burning Up.”

As previously stated, Francis works closely with Mad Decent, creating multiple successful labels. Today, Francis still works with Mad Decent. With these hits out on the radio, Francis was topping the charts and became a ‘moombahton’ artist on Beatport.

In 2013, Francis set out on his second tour stopping throughout the United States and Canada. Francis’s first tour in 2012 was successful and he figured why not go out for another one with his new music! After his second tour, Francis was one to watch out for. Francis was being noticed by MTV and other acts like Kill the Noise and Otto Knows. Francis has performed at numerous music festivals like Camp Bisco, Electri Daisy Carnival, Coachella, Ultra, TomorrowWorld and Electric Zoo. Working with artists like DJ Snake as well, Francis released more hits to please his audience of millions.

Something that helps Francis remain different from his competitors is his idea in 2015 to create his own show on MTV. Later in the year, Francis collaborated with artists like Skrillex and Calvin Harris creating a remix called “I Can’t Take It.” A popular hit single by Francis around this time as well as some of you may be familiar with is “Bruk Bruk (I Need Your Lovin’).”

In 2016, Francis accomplished big things with more artists in the industry. Coming out with “Need You,” with NGHTMRE, “Candy” with Snappy Jit, and “Anywhere,” with Will Heard, Francis was becoming bigger than ever before. Dillon Francis is available on Beatport and SoundCloud along with the usual social media platforms where you can see what his latest moves have been.

This year as well, Francis will be partaking in his first international tour. Francis will be visiting countries like Thailand, China, Singapore and Taiwan. Along with touring the world, Francis cannot forget about his homeland so he will be appearing in the United States as well. His tour will begin at the beginning of December and will finish after the New Year in 2017. Francis has grown in popularity over his years of success; people are begging him to stop in their country on his way around Europe. He is an international sensation and people would kill to see him live!

For more information on booking Dillion Francis, please contact Booking Entertainment. One of our top booking agents will be happy to work on your behalf to get you the best possible price to book any big name entertainer for your upcoming public, private or corporate event worldwide.

Booking Entertainment works to get the best possible Dillion Francis booking fee and Dillion Francis price for our clients while also providing the celebrity or famous entertainer with the level of professionalism and industry norms that they expect from an event run by a professional booking agency and production management.

Booking Entertainment uses our agency / management relationships and over 25 years of production experience to help buyers of headline / top name entertainers and does not claim or represent itself as the exclusive Dillion Francis agent, manager or management company for any of the artists on our site.

Booking Entertainment does not claim or represent itself as the exclusive booking agency, business manager, publicist, speakers bureau or management for Dillion Francis or any artists or celebrities on this website.