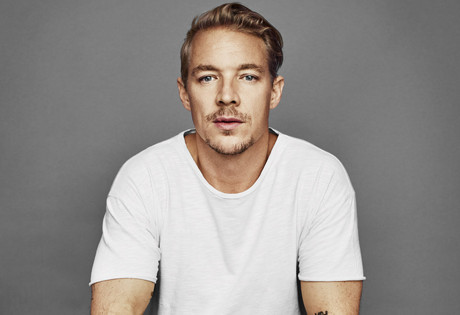 Start by filling out our no-obligation entertainment request form to check pricing and availability for Diplo or whoever else you may want.

Our Diplo agent will be happy to help you get Diplo's availability and booking fee, or the price and availability for any other A-List entertainer, band, comedian or celebrity you may want for your corporate event, private party, wedding, birthday party or public show.

Diplo is one of the music EDM DJ’s out there. Although many only know him by his stage name, his real name is Thomas Wesley Pentz and he is originally from Los Angeles, California. Pentz attended University of Central Florida and then transferred to Temple University to get his passion for DJing started. He threw local parties and gained small gigs in Philadelphia. He made a friend in the process and the two began to work together to create a bigger name for them.

Diplo works hard at creating music along with a ton of other things he is involved with. He is the leader of Major Lazer, a music project that consists of Diplo, Jillionaire and Walshy Fire. On the other hand, Diplo also manages Mad Decent the record company. Diplo’s music has been featured in multiple commercials as well.

While he was on his way to fame, Diplo worked with M.I.A., who helped him get to where he is today. Along with producing his own music, Diplo worked alongside artists like Gwen Stefani, Britney Spears, Beyonce, Chris Brown, Sean Paul and even Justin Bieber. As recently as 2015 Diplo co-produced Madonna’s album with her and Beyonce’s famous album “Lemonade with her in 2016.

Early in his career, Diplo was ranked for one of his mixtapes, “Never Scared” on the New York Times top ten albums. He was a crowd pleaser and many adored his music along with his appearance himself. After collaborating with a bunch of artists, Diplo returned to his solo act coming out with another hit, “Florida.” This single was turned into a DVD through System D-128, a film director and musician.

It was Diplo’s own ‘Hollertronix’ parties that got him to where he is today. Okay, well not exactly where he is but it definitely gave him a push in the right direction. Another one of his many accomplishments includes Diplo’s “Mausoleum.” This was a recording studio, a record label, gallery and event space all in one. With this business established, Diplo was able to record artists like Chistina Aguilera, Nicos Gun and Shakira.

In 2009, Diplo was performing internationally alongside fellow DJ’s like Steve Aoki. These two worked wonders when they performed together. I wish I had seen them in concert, that’s for sure! Diplo is a great performer and toured around the world for months at a time. With Mad Decent, Diplo was able to grow as an artist and an entrepreneur in the music industry. Mad Decent became extremely popular to many artists and so one of Diplo’s many businesses was successful yet again.

In 2010, Major Lazer had released an album called Lazers Never Die. This one was definitely one for the books. To compliment Diplo’s many successes, he was awarded two Grammy Awards. Both in 2016, Diplo won Best Dance Recording for “Where are U Now,” with Skrillex and Justin Bieber, as well as Best Dance/Electronic Album for “ Jack U,” presented by Skrillex and Diplo.

Diplo is a solo artist but has enough successes for a group of people. He is a humble artist that knows exactly what he wanted from the beginning of his career.

For more information on booking Diplo, please contact Booking Entertainment. One of our top booking agents will be happy to work on your behalf to get you the best possible price to book any big name entertainer for your upcoming public, private or corporate event worldwide.

Booking Entertainment works to get the best possible Diplo booking fee and Diplo price for our clients while also providing the celebrity or famous entertainer with the level of professionalism and industry norms that they expect from an event run by a professional booking agency and production management.

Booking Entertainment uses our agency / management relationships and over 25 years of production experience to help buyers of headline / top name entertainers and does not claim or represent itself as the exclusive Diplo agent, manager or management company for any of the artists on our site.

Booking Entertainment does not claim or represent itself as the exclusive booking agency, business manager, publicist, speakers bureau or management for Diplo or any artists or celebrities on this website.