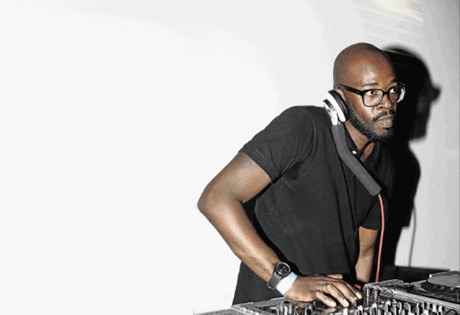 Start by filling out our no-obligation entertainment request form to check pricing and availability for DJ Black Coffee or whoever else you may want.

Our DJ Black Coffee agent will be happy to help you get DJ Black Coffee's availability and booking fee, or the price and availability for any other A-List entertainer, band, comedian or celebrity you may want for your corporate event, private party, wedding, birthday party or public show.

Black Coffee is a South African DJ and producer born Nkosinathi Innocent Maphumulo in 1976. He was born in Umlazi, South Africa, but later moved to Durban. He completed a degree in jazz studies at the Durban University of Technology and began working as a backup singer to a prominent local singer with some fellow students. Coffee broke into the scene in 2003 when he was selected for the Red Bull Music Academy in Cape Town.

Coffee began his career officially with his 2005 remix to Hugh Masekela’s “Stimela.” That same year he released his debut album and created a company. By 2007 he had grown in the South African music scene and released his second album to critical success. In 2009 he released Home Brewed, Coffee’s third album which proved to be successful among listeners and critics alike. He has continued to release music and collaborated with many of the top musicians in the world, including Drake and Usher.

Coffee has released five studio albums and two EPs. All have done well in his home country and seen international success to an extent. He has performed in illustrious settings such as the Boiler Room and Ultra Music Festival. He is in the Guinness Book of World Records for the longest non-stop DJ set at sixty hours, set in 2010.

Coffee recently released his latest track “LALALA” with singer Usher, his first release since his Music Is King EP.

For more information on booking DJ Black Coffee, please contact Booking Entertainment. One of our top booking agents will be happy to work on your behalf to get you the best possible price to book any big name entertainer for your upcoming public, private or corporate event worldwide.

Booking Entertainment works to get the best possible DJ Black Coffee booking fee and DJ Black Coffee price for our clients while also providing the celebrity or famous entertainer with the level of professionalism and industry norms that they expect from an event run by a professional booking agency and production management.

Booking Entertainment uses our agency / management relationships and over 25 years of production experience to help buyers of headline / top name entertainers and does not claim or represent itself as the exclusive DJ Black Coffee agent, manager or management company for any of the artists on our site.

Booking Entertainment does not claim or represent itself as the exclusive booking agency, business manager, publicist, speakers bureau or management for DJ Black Coffee or any artists or celebrities on this website.