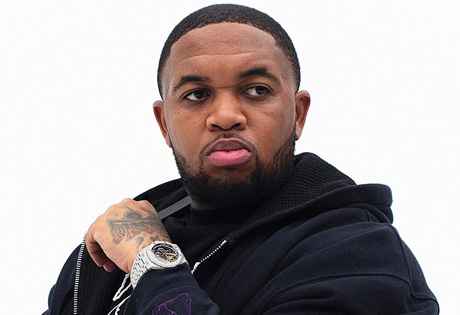 Start by filling out our no-obligation entertainment request form to check pricing and availability for DJ Mustard or whoever else you may want.

Our DJ Mustard agent will be happy to help you get DJ Mustard's availability and booking fee, or the price and availability for any other A-List entertainer, band, comedian or celebrity you may want for your corporate event, private party, wedding, birthday party or public show.

Mustard was born Dijon Isaiah McFarlane in 1990. Raise in Los Angeles, California, his father was deported to Jamaica when he was young and his uncle took on the role of a father. At age 11, Mustard DJed at a party and soon began studying the craft and eventually performed at local clubs. Since before the 2010s, Mustard started working with California rapper YG. He became YG’s main producer and it started a partnership that lasts up to this day. In 2011, Mustard produced “Rack City” for Tyga, which was certified quadruple Platinum and peaked at #7 on the Billboard Hot 100. It is widely regarded as his breakout beat.

In 2012, Mustard produced 2 Chainz song “I’m Different.” The next year saw him drop his debut mixtape Ketchup, which included contributions from YG, Nipsey Hussle, and many more. He also produced YG’s single “My N*gga” that yeah, which peaked at #5 on the UD R&B/Hip-Hop charts. He then signed to Roc Nation and released his debut album 10 Summers the next year. Mustard took a small hiatus before returning in 2016 and releasing his second album, Cold Summer.

Mustard topped off 2019 with the release of his third album, Perfect 10. He continues to work on YG’s project, and also produced the entirety of 03 Greedo’s Still Summer in the Projects.

For more information on booking DJ Mustard, please contact Booking Entertainment. One of our top booking agents will be happy to work on your behalf to get you the best possible price to book any big name entertainer for your upcoming public, private or corporate event worldwide.

Booking Entertainment works to get the best possible DJ Mustard booking fee and DJ Mustard price for our clients while also providing the celebrity or famous entertainer with the level of professionalism and industry norms that they expect from an event run by a professional booking agency and production management.

Booking Entertainment uses our agency / management relationships and over 25 years of production experience to help buyers of headline / top name entertainers and does not claim or represent itself as the exclusive DJ Mustard agent, manager or management company for any of the artists on our site.

Booking Entertainment does not claim or represent itself as the exclusive booking agency, business manager, publicist, speakers bureau or management for DJ Mustard or any artists or celebrities on this website.