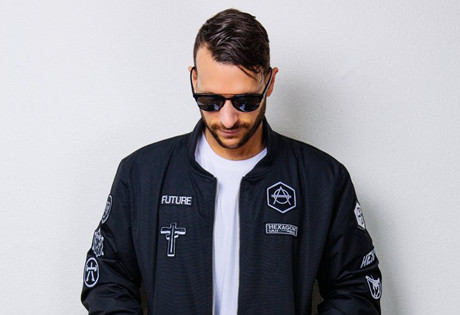 Start by filling out our no-obligation entertainment request form to check pricing and availability for Don Diablo or whoever else you may want.

Our Don Diablo agent will be happy to help you get Don Diablo's availability and booking fee, or the price and availability for any other A-List entertainer, band, comedian or celebrity you may want for your corporate event, private party, wedding, birthday party or public show.

The Dutch DJ known as Don Diablo was born Don Pepijn Schipper in 1980. Don Diablo grew up in Coevorden, where he started experimenting with electronic music as a young man. By the time he was fifteen, he’d signed his first record deal; by the time he was in his mid twenties, he’d launched his own record company.

Today, Don Diablo ranks in the top twenty on DJ Magazine’s listing of international DJ’s. But the rise was actually slow and steady, despite Don Diablo’s very early start. Between the late 1990’s and 2005, Don Diablo played in various clubs and at various festivals throughout Europe, the United States, Japan, and Brazil. In 2002, he served as a resident DJ in London and then performed also in Ibiza. During this time he also produced music for a number of high profile artists, including Public Enemy, Mike, and Iggy Pop.

It wasn’t until the mid 2000’s that Don Diablo began to experience more mainstream breakthroughs in the Netherlands, starting with the single “The Music and The People.” Other notable singles from Don Diablo include: “Easy Lover,” “Blow,” “Who’s Your Daddy,” “This Way (Too Many Times),” and the 2010 hit “Animale,” featuring Dragonette. In the United States, Don Diablo became very well known for his remixes, for notable artists such as: Sean Paul (“Get Busy”); Public Enemy (“Give It Up”); Mika (“We Are Golden”); Gorillaz (“Superfast Jellyfish”); Ed Sheeran (“Don’t”); Madonna (“Ghosttown”); Rihanna (“Love on the Brain”); and The Chainsmokers & Coldplay (“Something Just Like This.”)

Most recently, Don Diablo completed an international tour and began work to launch his own fashion line. He also won WDM Radio Awards for Best Electro House DJ and Best Remix (for the Birdy single, “Keeping Your Head Up.”)

For more information on booking Don Diablo, please contact Booking Entertainment. One of our top booking agents will be happy to work on your behalf to get you the best possible price to book any big name entertainer for your upcoming public, private or corporate event worldwide.

Booking Entertainment works to get the best possible Don Diablo booking fee and Don Diablo price for our clients while also providing the celebrity or famous entertainer with the level of professionalism and industry norms that they expect from an event run by a professional booking agency and production management.

Booking Entertainment uses our agency / management relationships and over 25 years of production experience to help buyers of headline / top name entertainers and does not claim or represent itself as the exclusive Don Diablo agent, manager or management company for any of the artists on our site.

Booking Entertainment does not claim or represent itself as the exclusive booking agency, business manager, publicist, speakers bureau or management for Don Diablo or any artists or celebrities on this website.