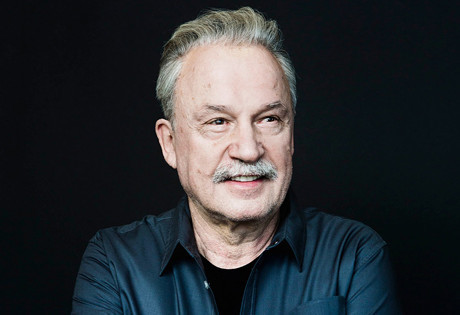 Start by filling out our no-obligation entertainment request form to check pricing and availability for Giorgio Moroder or whoever else you may want.

Our Giorgio Moroder agent will be happy to help you get Giorgio Moroder's availability and booking fee, or the price and availability for any other A-List entertainer, band, comedian or celebrity you may want for your corporate event, private party, wedding, birthday party or public show.

The Italian singer, producer, and songwriter Giorgio Moroder was born in 1940. Today, Moroder is not only credited as a pioneer of Italian’s disco and electronic dance music scene, but as the producer behind some of the most influential and award-winning soundtracks of the 1980’s, including Midnight Express, Flashdance, and American Gigolo.

Moroder grew up in the small town of Urtijel, near the Swiss-Austrian border of Italy, in an environment which incorporated German, Austrian, and Italian culture and language. By the early 1960’s, Giorgio had moved to Berlin in pursuit of a career in the music industry, releasing a few of his own original songs under the name “Giorgio” shortly after his arrival.

But his big breakthrough came in 1969, when after signing to Ariola Records Moroder released his first gold single, “Looky Looky.” The number one UK hit, “Son of My Father” followed, and then the album From Here to Eternity, which fared very well. During this time, however, Moroder discovered that his true talents existed in production; throughout the 1970’s, Giorgio produced some of the disco era’s most notable hits, including Donna Summer’s “Bad Girls,” “Hot Stuff,” and “Last Dance.”

In the mid 1970’s, Giorgio Moroder was tapped as the composer for the feature film Midnight Express, ultimately winning an Academy Award for Best Original Score. From there, he went on to compose scores and soundtracks for some of the 1970’s and 1980’s most notable films, including Foxes, American Gigolo, Scarface, and Flashdance (which earned him a second Academy Award, for “What a Feeling” as Best Original Song.) In 1986, he again won Best Original Song for Top Gun’s hit single, “Take My Breath Away.”

Today, Giorgio Moroder is still going strong as a producer and composer, and has recently resurfaced with new material of his own via the studio album Deja Vu, released in 2015. The album features contributions from Britney Spears, Kylie Minogue, Matthew Koma, and others. Moroder also recently won his fourth Grammy Award in 2014, this time for his work on Daft Punk’s smash hit “Album of the Year,” Random Access Memories.

For more information on booking Giorgio Moroder, please contact Booking Entertainment. One of our top booking agents will be happy to work on your behalf to get you the best possible price to book any big name entertainer for your upcoming public, private or corporate event worldwide.

Booking Entertainment works to get the best possible Giorgio Moroder booking fee and Giorgio Moroder price for our clients while also providing the celebrity or famous entertainer with the level of professionalism and industry norms that they expect from an event run by a professional booking agency and production management.

Booking Entertainment uses our agency / management relationships and over 25 years of production experience to help buyers of headline / top name entertainers and does not claim or represent itself as the exclusive Giorgio Moroder agent, manager or management company for any of the artists on our site.

Booking Entertainment does not claim or represent itself as the exclusive booking agency, business manager, publicist, speakers bureau or management for Giorgio Moroder or any artists or celebrities on this website.