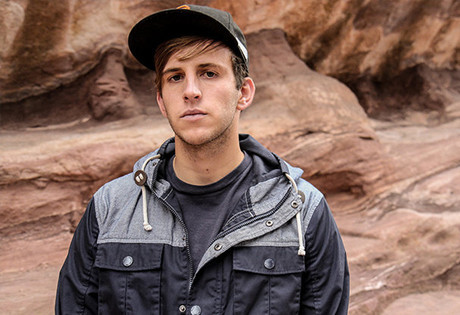 Start by filling out our no-obligation entertainment request form to check pricing and availability for Illenium or whoever else you may want.

Our Illenium agent will be happy to help you get Illenium's availability and booking fee, or the price and availability for any other A-List entertainer, band, comedian or celebrity you may want for your corporate event, private party, wedding, birthday party or public show.

The American DJ and producer known as Illenium was born Nick Miller in San Francisco. As Illenium, Miller began recording his own mixes and original tracks in 2008, but it was another four years before he built the confidence to finally get his material out to the public. That big move came with the self-released EP simply titled “Illenium,” released in 2013.

The release coincided with Illenium’s move to Denver, Colorado, where he now resides and from where he continues to write and record his own music and music in collaboration with other artists. In addition to two more EPs (Risen and Painted White), Illenium has released his first charting single, “Rush Over Me” (with Said The Sky, Seven Lions, and Haliene.) The song reached into the top forty on both the dance and dance digital charts. One of his most recent singles, “Feel Good” (with Gryffin and Daya) became his first top twenty dance hit upon its released in 2017.

Illenium’s debut album, Ashes, finally dropped in 2016 on the Kasaya/Seeking Blue label—it’s no surprise that the album rose into the top twenty on the Heatseekers charts and into the top ten on the Dance/Electronic Albums charts. Clearly, Illenium is a new DJ artist on the rise and one to watch in the coming years. Most recently, Illenium released the single “Where the Wild Thigns Are,” featuring Zeds Dead; he has recently been touring with frequency alongside notable artists such as The Chainsmokers.

For more information on booking Illenium, please contact Booking Entertainment. One of our top booking agents will be happy to work on your behalf to get you the best possible price to book any big name entertainer for your upcoming public, private or corporate event worldwide.

Booking Entertainment works to get the best possible Illenium booking fee and Illenium price for our clients while also providing the celebrity or famous entertainer with the level of professionalism and industry norms that they expect from an event run by a professional booking agency and production management.

Booking Entertainment uses our agency / management relationships and over 25 years of production experience to help buyers of headline / top name entertainers and does not claim or represent itself as the exclusive Illenium agent, manager or management company for any of the artists on our site.

Booking Entertainment does not claim or represent itself as the exclusive booking agency, business manager, publicist, speakers bureau or management for Illenium or any artists or celebrities on this website.