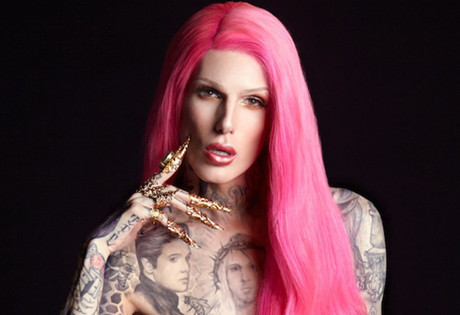 Start by filling out our no-obligation entertainment request form to check pricing and availability for Jeffree Star or whoever else you may want.

Our Jeffree Star agent will be happy to help you get Jeffree Star's availability and booking fee, or the price and availability for any other A-List entertainer, band, comedian or celebrity you may want for your corporate event, private party, wedding, birthday party or public show.

American singer-songwriter Jeffree Star was born in 1985 in California. Star grew up in the Orange County area of the state, where his mother worked as a model; her frequent travels, coupled with the early loss of his father when Jeffree was just an infant, led to a lot of childhood freedom in Star’s early years. His mother encouraged Jeffree’s interest in cosmetics, and by the time he was in junior high school, he was wearing makeup daily.

After graduating from high school, Jeffree moved to Los Angeles, where he began to pursue a career in the modeling and music industries. Often appearing at clubs in flamboyant attire and meticulously crafted makeup, Star formed friendships with an number of influential people in the entertainment industry, leading to many open doors for his career.

As he began professional modeling gigs, Jeffree Star also launched his MySpace page to further his endeavors. His blogs, commentary, and fashion and makeup advice eventually led to Star’s fame as one of the internet’s most popular unsigned artists, with millions of followers and thousands of comments per post.

Beyond his success in the online realm, Jeffree continued to harbor dreams of becoming a musical performer. In 2007, Star was invited to join the Tru Colors Tour, sponsored by the LGBT Logo channel and scheduled to coincide with that year’s annual Pride celebrations. The experience boosted Jeffree’s confidence and desire to become a music performer, and so he entered the studio to begin writing and recording his first tracks. Between 2007 and 2008, he released two EPs—Plastic Surgery and Slumber Party—and founded his own record label, Popsicle Records.

Today, Jeffree Star is a celebrity on the rise and one certain to find increased success in the coming years. He released his self-marketed debut album, Beauty Killer, in 2009. The album rose into the top forty on the Indie charts in the United States, and reached into the top five on the heatseekers charts. Most recently, launched his own fashion line, Beauty Forever, which features a series of core slogans such as “Killin’ It,” “I Would Die Without Lipstick,” and “Vanity.”

For more information on booking Jeffree Star, please contact Booking Entertainment. One of our top booking agents will be happy to work on your behalf to get you the best possible price to book any big name entertainer for your upcoming public, private or corporate event worldwide.

Booking Entertainment works to get the best possible Jeffree Star booking fee and Jeffree Star price for our clients while also providing the celebrity or famous entertainer with the level of professionalism and industry norms that they expect from an event run by a professional booking agency and production management.

Booking Entertainment uses our agency / management relationships and over 25 years of production experience to help buyers of headline / top name entertainers and does not claim or represent itself as the exclusive Jeffree Star agent, manager or management company for any of the artists on our site.

Booking Entertainment does not claim or represent itself as the exclusive booking agency, business manager, publicist, speakers bureau or management for Jeffree Star or any artists or celebrities on this website.