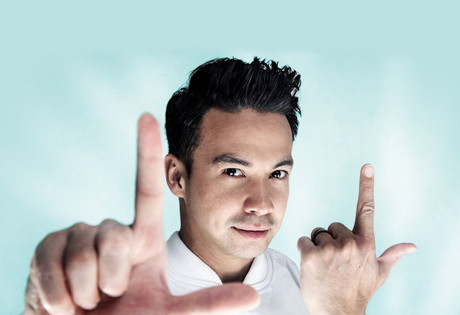 Start by filling out our no-obligation entertainment request form to check pricing and availability for Laidback Luke or whoever else you may want.

Our Laidback Luke agent will be happy to help you get Laidback Luke's availability and booking fee, or the price and availability for any other A-List entertainer, band, comedian or celebrity you may want for your corporate event, private party, wedding, birthday party or public show.

Lucas Cornelis van Scheppingen, otherwise known as Laidback Luke is a Dutch DJ from the Netherlands. Luke’s main focus is on electro house, dance, and progressive house music. Having previously worked with artists such as David Ghetta and Steve Angello, Sebastian Ingrosso and Axwell, Luke had tons of experience before his DJ career really got started.

It is important to realize that Luke specializes in taking tiny pieces of different songs, mixing them up, and putting them back together to form a remix of that same song. From this experience Laidback Luke gained the passion for making his own songs to work from and produce. Laidback Luke is an older DJ, having released his first studio album in 1998. “Psyched Up” was the album in 1998, “Electronic Satisfaction” was released in 2002, “Windmill Skill” in 2003, and “Cream Ibiza Super You & Me” in 2011.

What makes Luke stand out from others in his field is his mix album “Windmill Skill.” This album is a mix of different songs Luke made into his own remixes. After this album was debuted, Luke was then nominated for an award with the Dance Music Awards.

Laidback Luke partnered with Benny Benassi for the hit “Tell Me That You Love Me,” a song that begins as a slower song that is relatable to all audiences but magically turns into an upbeat techno song that is easy to get up and dance to. These are the types of songs that Laidback Luke is known for and what make him so talented.

Luke also partnered with Yellow Claw in the same album to create “Mic.” This song is certainly a combination of both groups with the electric house beats and positive vibes. In this song there are less lyrics, as it is important to pay attention to the rhythm and beats of the song. This is a piece that Laidback Luke would be able to cut up into smaller pieces and create a remix out of. It is with collaboration with others that the best ideas are formed. Laidback Luke created his own masterpiece with this song since he can now use it for making remixes as well!

Luke created a remix to the song “Crescendolls” for the group Daft Punk for their new album as well. Along with his first successful album, Luke also created his second album in 2015, called “Focus.” This album contained songs such as “Let It Go,” “Hooked Again,” “Never Rave Again,” and “We Party.” This is his most recent album and is certainly a great one. “Let It Go,” one of the songs on his album is an inspirational piece that can inspire anyone to let go of the past and keep moving forward to bigger and better things. This song describes the road to success and how if you do not let go of the past you will not be able to move on to greater things in the future.

On the personal side Luke married an American DJ named Gina Turner. They clearly found that they had a lot in common with each other! Soon after they married in 2012, they had a beautiful baby girl named Evalina.

For more information on booking Laidback Luke, please contact Booking Entertainment. One of our top booking agents will be happy to work on your behalf to get you the best possible price to book any big name entertainer for your upcoming public, private or corporate event worldwide.

Booking Entertainment works to get the best possible Laidback Luke booking fee and Laidback Luke price for our clients while also providing the celebrity or famous entertainer with the level of professionalism and industry norms that they expect from an event run by a professional booking agency and production management.

Booking Entertainment uses our agency / management relationships and over 25 years of production experience to help buyers of headline / top name entertainers and does not claim or represent itself as the exclusive Laidback Luke agent, manager or management company for any of the artists on our site.

Booking Entertainment does not claim or represent itself as the exclusive booking agency, business manager, publicist, speakers bureau or management for Laidback Luke or any artists or celebrities on this website.