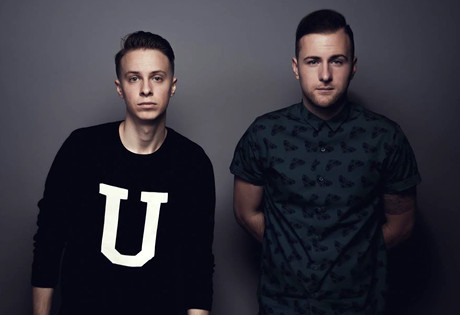 Start by filling out our no-obligation entertainment request form to check pricing and availability for Lost Kings or whoever else you may want.

Our Lost Kings agent will be happy to help you get Lost Kings's availability and booking fee, or the price and availability for any other A-List entertainer, band, comedian or celebrity you may want for your corporate event, private party, wedding, birthday party or public show.

The DJ duo known as Lost Kings is comprised of Nick Shanholtz and Robert Abisi. The two men met in their mid-twenties, but long before their meeting both were already well-experienced aspiring musicians.

Abisi was from Boston, Massachusetts, where he was influenced by his father’s work in the radio industry. By the time he was in his late teens, he was working with a DJ controller; in his early twenties his moved to Los Angeles, where he met Shanholtz. Shanholtz had grown up in Baltimore and learned to play drums, piano, and guitar as a young child; after graduating from the Berklee College of Music, he too set his sights on Los Angeles to fulfill his dreams of becoming a musician.

Since that time, Lost Kings have been on a steady rise in the industry. Their second EP, The Good EP was released in 2016, and later that year Lost Kings dropped their first top twenty dance hit, with “Phone Down” (featuring Emily Warren.) Now signed to RCA Records, the duo has spent the last year performing at some of the industry’s most notable festivals, including: Moonrise Festival, Crush, Hangout Music Fest, Summer of sound, and Hellow Festival.

Most recently, Lost Kings released the non-album singles “Quit You” (featuring Tinashe) and “Look at Us Now” (featuring Ally Brooke and A$AP Ferg.) Both singles rose into the top forty on the dance charts.

For more information on booking Lost Kings, please contact Booking Entertainment. One of our top booking agents will be happy to work on your behalf to get you the best possible price to book any big name entertainer for your upcoming public, private or corporate event worldwide.

Booking Entertainment works to get the best possible Lost Kings booking fee and Lost Kings price for our clients while also providing the celebrity or famous entertainer with the level of professionalism and industry norms that they expect from an event run by a professional booking agency and production management.

Booking Entertainment uses our agency / management relationships and over 25 years of production experience to help buyers of headline / top name entertainers and does not claim or represent itself as the exclusive Lost Kings agent, manager or management company for any of the artists on our site.

Booking Entertainment does not claim or represent itself as the exclusive booking agency, business manager, publicist, speakers bureau or management for Lost Kings or any artists or celebrities on this website.