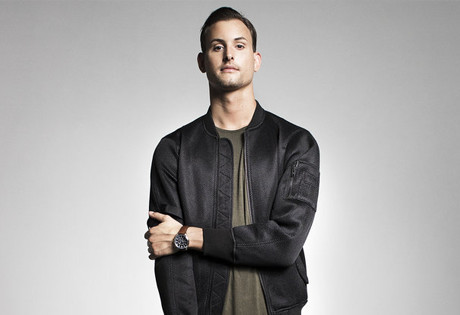 Start by filling out our no-obligation entertainment request form to check pricing and availability for MAKJ or whoever else you may want.

Wondering how to book MAKJ for your event? Let Booking Entertainment be Your entertainment booking agency for booking MAKJ for events worldwide.

Our MAKJ agent will be happy to help you get MAKJ's availability and booking fee, or the price and availability for any other A-List entertainer, band, comedian or celebrity you may want for your corporate event, private party, wedding, birthday party or public show.

The American DJ known as MAKJ was born MacKenzie Johnson in 1990 in California. Johnson spent his early years growing up in San Luis Obispo, but as a teenager his focus shifted to race-car driving; so much so that he’d moved to China to begin pursuit of a career as a driver. But by the time he was fifteen, MacKenzie’s focus began to shift to electronic music and DJ-ing. After purchasing some turntables and experimenting for a few years, Johnson returned to the United States and adopted the moniker MAKJ, and began pursuit of a career as a DJ.

DJ MAKJ first began performing locally around San Luis Obispo. By the time he was in his early twenties, he was touring the country with Bassjackers and Bingo Players, performing in mid-sized venues and festivals. He also began collaborating on remixes in 2012, starting with “Unbelievable” (Nari & Milani featuring Maurizio Gubellini) and then “No Sleep for the Wicked” (Drop the Lime.) DJ MAKJ’s debut single, “Countdown” (with Hardwell) arrived in 2013 and was an international hit; the follow-up single “Encore” (with Henry Fong) fared equally well.

Since his debut, DJ MAKJ has released the additional singles “Let’s Get F*cked Up” (with Lil Jon); “Derp” (with Bassjackers); “Black” (with Thomas Newson); and “Party Till We Die” (with Timmy Trumpet.) He has performed internationally at some of the world’s biggest and most impressive festivals, including Voodoo Experiene, Coachella, TomorrowWorld, and Euphoria Festival. Notable remixes from DJ MAKJ include: “Let This Last Forever” (Benny Benassi); “CoCo” (O.T. Genasis); “Black Beatles” ( Rae Sremmurd); and “Work Me” (MADLY.)

DJ MAKJ was recognized by Billboard as one of the Top 10 Artists to Watch at the Ultra Music Festival; in 2014 he was also tapped by DJ Magazine Awards for their Top 100 DJs list. DJ MAKJ most recently provided the remix for the Ed Sheeran hit, “Shape of You,” in 2017.

For more information on booking MAKJ, please contact Booking Entertainment. One of our top booking agents will be happy to work on your behalf to get you the best possible price to book any big name entertainer for your upcoming public, private or corporate event worldwide.

Booking Entertainment works to get the best possible MAKJ booking fee and MAKJ price for our clients while also providing the celebrity or famous entertainer with the level of professionalism and industry norms that they expect from an event run by a professional booking agency and production management.

Booking Entertainment uses our agency / management relationships and over 25 years of production experience to help buyers of headline / top name entertainers and does not claim or represent itself as the exclusive MAKJ agent, manager or management company for any of the artists on our site.

Booking Entertainment does not claim or represent itself as the exclusive booking agency, business manager, publicist, speakers bureau or management for MAKJ or any artists or celebrities on this website.