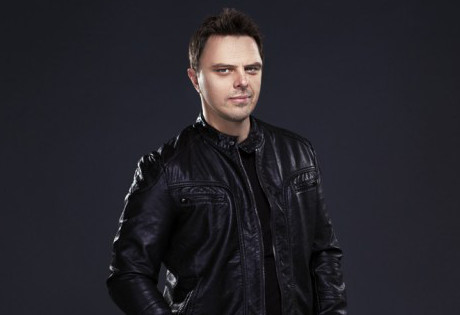 Start by filling out our no-obligation entertainment request form to check pricing and availability for Markus Schulz or whoever else you may want.

Our Markus Schulz agent will be happy to help you get Markus Schulz's availability and booking fee, or the price and availability for any other A-List entertainer, band, comedian or celebrity you may want for your corporate event, private party, wedding, birthday party or public show.

The German- American DJ Markus Schulz was born in 1975. Schulz rose to prominence in the mid 2000’s with his debut album, Without You Near (2005) and its follow-up, Progression (2007.) Prior to that, Markus Schulz spent nearly a decade as resident DJ at The Works in Scottsdale, Arizona; during this time he perfected his style and set the stage for his emergence as one of the era’s most notable DJs.

Early on in his career, DJ Schultz scored a big hit with his remixes of Jewel’s singles “Intuition” and “Stand,” both of which rose to the number one spot on the Billboard Club charts. Between 2010 and 2014, he released the albums: Do You Dream? (2010), Scream (2012), and Scream 2 (2014), earning a top ten spot on DJ Magazine’s list of Top 100 DJs in the world in 2010. Two years later, Schultz was listed as America’s Number One DJ by DJ Times, just ahead of an extensive tour in support of the album Scream 2. In addition to his studio albums, Schulz has released multiple compilation albums, many of them featuring his live performances at venues in Ibiza, Miami, and Amsterdam.

Markus Schultz is today considered one of the era’s most active and successful DJs, with worldwide acclaim and commercial success. In addition to his own tracks, Schultz has remixed for some of the world’s highest profile performers, including Madonna, Backstreet Boys, Fatboy Slim, and even composers such as James Newton Howard. Markus Schultz most recently released the album Watch the World (2016); he also recently partnered with the lifestyle brand Electric Family to create a collaboration bracelet; all proceeds are donated to PETA in support of animal rights and welfare.

For more information on booking Markus Schulz, please contact Booking Entertainment. One of our top booking agents will be happy to work on your behalf to get you the best possible price to book any big name entertainer for your upcoming public, private or corporate event worldwide.

Booking Entertainment works to get the best possible Markus Schulz booking fee and Markus Schulz price for our clients while also providing the celebrity or famous entertainer with the level of professionalism and industry norms that they expect from an event run by a professional booking agency and production management.

Booking Entertainment uses our agency / management relationships and over 25 years of production experience to help buyers of headline / top name entertainers and does not claim or represent itself as the exclusive Markus Schulz agent, manager or management company for any of the artists on our site.

Booking Entertainment does not claim or represent itself as the exclusive booking agency, business manager, publicist, speakers bureau or management for Markus Schulz or any artists or celebrities on this website.