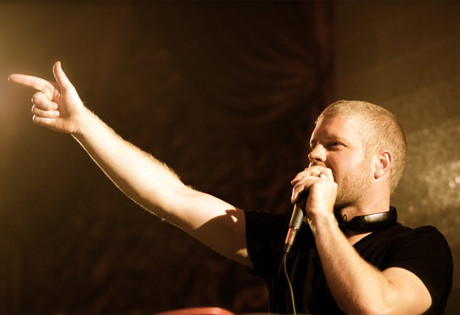 Start by filling out our no-obligation entertainment request form to check pricing and availability for Morgan Page or whoever else you may want.

Our Morgan Page agent will be happy to help you get Morgan Page's availability and booking fee, or the price and availability for any other A-List entertainer, band, comedian or celebrity you may want for your corporate event, private party, wedding, birthday party or public show.

The American progressive producer and electro house DJ Morgan Page was born in 1981 in Vermont. Morgan grew up in the Burlington area, where he started DJ-ing while still in high school, working for the University of Vermont’s radio station. While attending Emerson College in Boston, Page continued to DJ at a local radio station, establishing a local following and preparing himself for a career in music.

Morgan Page signed with Nettwek Productions in the mid 2000’s and released his debut album, Elevate, in 2008. The albums Believe (2010) and In the Air (2012) followed, but neither charted. Around the same time, though, Morgan Page began to garner attention for his remixes, including “Fantasy,” his remix version of the Nadia Ali song, which earned Page his first Grammy Award nomination. And although it didn’t chart, In the Air earned Morgan an Independent Music Award for Best Dance/Electronica Album.

Commercially, it was the 2015 album DC to Light which finally put Morgan Page on the map. The album rose into the top five on the dance charts in the United States, into the top ten on the indie charts, and all the way to the number one spot on the Heatseekers charts. Notable singles include: “Open Heart” (featuring Lissie); “No Ordinary Life” (featuring Angela McCluskey); “Running Wild” (featuring The Oddictions); and “Real Life” (with Mako.)

Since that time, Morgan Page has remixed for some of the era’s most notable artists, including Madonna, Katy Perry, Coldplay, Norah Jones, Nelly Furtado, and Adam Lambert. In addition to his Grammy nomination for “Fantasy,” Page also receive a second nomination in 2009 for his remix of Deadmau’s “The Longest Road.”

For more information on booking Morgan Page, please contact Booking Entertainment. One of our top booking agents will be happy to work on your behalf to get you the best possible price to book any big name entertainer for your upcoming public, private or corporate event worldwide.

Booking Entertainment works to get the best possible Morgan Page booking fee and Morgan Page price for our clients while also providing the celebrity or famous entertainer with the level of professionalism and industry norms that they expect from an event run by a professional booking agency and production management.

Booking Entertainment uses our agency / management relationships and over 25 years of production experience to help buyers of headline / top name entertainers and does not claim or represent itself as the exclusive Morgan Page agent, manager or management company for any of the artists on our site.

Booking Entertainment does not claim or represent itself as the exclusive booking agency, business manager, publicist, speakers bureau or management for Morgan Page or any artists or celebrities on this website.